Cardiovascular health: the ability of men to do push-ups would be an indicator

Men who can’t do more than 40 push-ups at once have a much higher risk of developing cardiovascular disease. 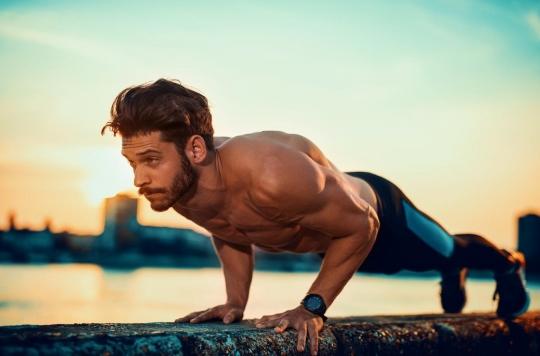 The more push-ups a man can do, the lower his risk of developing cardiovascular disease and vice versa, according to a new study. The critical threshold was set at 40 arm thrusts.

To reach this conclusion, the research team collected and analyzed medical data from 1,104 practicing male firefighters (thus women, children and the elderly are not affected by the results of this study). In ten years, researchers recorded 37 cardiovascular problems, 36 of which were triggered in men unable to do more than 40 push-ups at once.

In addition, participants who had managed to do more than 40 push-ups at the start of the experiment had a 96% lower cardiovascular risk than men who could only do ten push-ups.

Walking on a treadmill

According to the World Health Organization (WHO), 17.9 million deaths each year are due to cardiovascular disease. However, it is possible to avoid these conditions through a healthier diet, regular physical activity or even a reduction in the consumption of alcohol and tobacco. Cardiovascular disease results from the deposition of fat on the walls of the arteries in the form of atherosclerotic plaques which reduce blood flow. They reach vital organs such as the heart, the brain, but also the lower limbs.

Currently, the test that detects them involves monitoring the electrical activity of a patient’s heart while the patient is walking on a treadmill. The speed and incline of the treadmill are gradually increased during the test. The data collected allows the evaluation of cardiac function at different levels of effort.

Why are women more prone to knee osteoarthritis than men?

Depression: men and women are different

Are women more vulnerable than men to Alzheimer’s?

What if men cared more about their appearance than women?