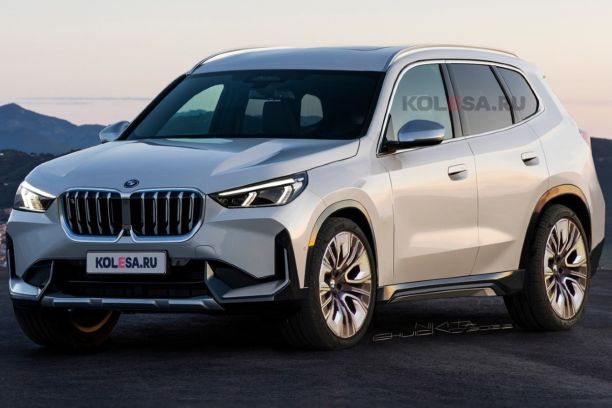 The fourth generation of the BMW X3 is expected in 2024.

Barely restyled, the next and 4th generation of the BMW X3 has already been seen on the road. Thanks to shots of the prototype, illustrator Nikita Chuiko imagined the look of the future SUV, which is due to be launched in October 2024.

The BMW X3, freshly restyled at the end of 2021, will be entitled to a fourth generation in October 2024 (G45). If there is no hurry, the Bavarian SUV has already been seen on the road in camouflage. Enough to give leads to illustrators and in particular Nikita Chuiko who gives us a first glimpse of the model.

In general, the design of this future X3 is more angular but does not announce a revolution. Just look at the front end, very strongly inspired – not to say copied – from the new BMW X1. The light signature evolves with more tapered headlamps and frowning LED brows. No double-decker lights like on the X7 and Series 7 therefore. Let the purists reassure themselves, the grille beans don’t look like they got any bigger. On the other hand, they become more square. The shield has been completely revised and resumes, as mentioned above, that of the X1. In terms of profile, the next X3 abandons traditional door handles for flush openings.

At the rear, there are more changes. Like the front optics, the rear lights have been slimmed down considerably. Another notable change, the license plate has been relocated in the bumper rather than on the tailgate. A placement that can be found on the future XM hybrid SUV. In addition, the spoiler surmounting the rear window has grown by a few centimeters. According to the spy photos, the next iteration of the X3 could also get bigger and benefit from better habitability.

It is obviously too early to know precisely which engine will house the new X3, but it’s a safe bet that the offer will evolve towards ever more efficient engines. Currently, the Bavarian SUV is available in petrol and diesel with, for certain blocks, the presence of a light hybridization (48V). A type of electrification which should in the future gain the whole range. The offer of rechargeable hybrids must also expand, while the 100% electric iX3 variant will be renewed. Sports versions will always be on the menu, with in particular the announced arrival of an M50i version. The transmission should be all-wheel drive only. Today, only the X3 sDrive18d is rear-wheel drive.

TO READ. BMW. The secret calendar of novelties until 2025

Events experienced by your grandparents can affect your genes

Volkswagen Amarok (2022). The second generation of the pickup in detail

Renault has announced the sixth generation of the Clio for 2026

BMW X1. On board the 3rd generation SUV and its electric version iX1