Events experienced by your grandparents can affect your genes

Epigenetic changes can be passed not only from parents to their children, but also to the next generation. 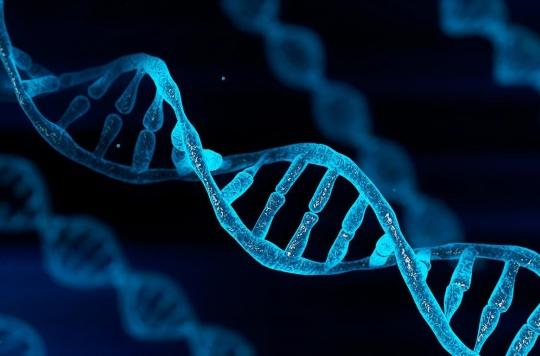 The transmission of epigenetic parental memory, given at the time of fertilization and maintained throughout life, takes place over several generations, according to researchers from the University of California (United States). To reach this discovery, they carried out a study, the results of which were published in the journal Proceedings of the National Academy of Sciences (PNAS).

Analysis of the epigenetic mark “H3K27me3”

As part of this work, the scientists analyzed a particular modification of a histone, namely a protein that changes the way DNA is packaged in chromosomes. This epigenetic mark, called “H3K27me3”, is known to deactivate or “repress” the relevant genes and is found in all animals composed of several cells. For the purposes of the research, the team deleted this epigenetic mark in the chromosomes of the sperm cells of Caenorhabditis elegans, a species of roundworms. These sperm were then used to fertilize eggs.

By examining the resulting offspring, the authors found that the genes on the chromosomes inherited from the sperm of Caenorhabditis elegans have not been deleted. According to them, the tissues thus activated genes that they would not normally have expressed.

Clearly, the modification of epigenetic marks on the chromosomes leads to altered gene expression in descendants and grandchildren, which is called “transgenerational epigenetic inheritance”. This phenomenon may explain how a person’s health and development can be influenced by the past of their parents and grandparents. For example: some children are more likely to suffer from asthma because of the smoking habits of their parents and grandparents.

“We can perform amazing genetic experiments in Caenorhabditis elegans that cannot be performed in humans. The results of our worm experiments may have broad implications for other organisms,” concluded Susan Strome, lead author of the study, in a statement.

Hereditary diseases: the older the father, the more genetic mutations he passes on

Autism: a hundred new genes linked to this disorder discovered

Our genes show how humans continue to evolve

Male and female stem cells extracted from a single individual