American researchers are currently testing a treatment based on light therapy to determine whether a form of brain wave can preserve the cognitive faculties of people with Alzheimer’s disease. 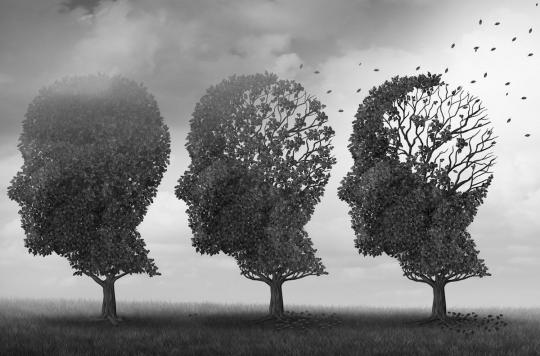 Last March, a team of scientists from the Massachusetts Institute of Technology (MIT) in Boston in the United States published work suggesting that light therapy combined with ultrasound made it possible to eliminate amyloid plaques, which are mainly responsible for the disease of Alzheimer’s.

These same scientists are now publishing new research to explain the mechanism of this therapeutic form on brain cells. Light therapy stimulates the gamma oscillation, a type of brain wave important for memory and concentration, but impaired in people with Alzheimer’s disease.

This new study published in the journal Neuron demonstrated that increased gamma oscillations could improve the connection between nerve cells, reduce inflammation and prevent cell death.

Results after 3 weeks of treatment

To achieve these results, theTsai’s team worked on two types of mouse models of Alzheimer’s disease: Tau P301S and CK-p25. Tau P301S mice that received 3 weeks of treatment showed no signs of neuron degeneration, compared to a 15% to 20% loss of neurons in untreated ones. The result was the same in CK-p25 mice, which underwent 6 weeks of treatment.

“We found that the expression levels of the p25 transgene are exactly the same in treated and untreated mice, but that there is no neurodegeneration in the treated mice”, explains Prof. Tsai. Light therapy also improved spatio-temporal abilities in older mice that weren’t genetically programmed to develop Alzheimer’s disease, while the treatment had no effect in younger, similar mice.

The scientists also studied the activity of genes in microglia (immune cells) that help clear cellular waste and other debris in the brain. The researchers found that genes that promote inflammation were more active in mice that did not receive light therapy. Conversely, the genes of the treated mice showed better resistance to inflammation.

For the authors of the study, these results suggest that light therapy enhanced the ability of microglia to eliminate waste products, including defective proteins that can accumulate to form toxic plaques.