Patients with mild cognitive impairment and anxiety are more likely to develop Alzheimer’s disease. But the question of whether anxiety is a cause or a consequence of the disease remains open. 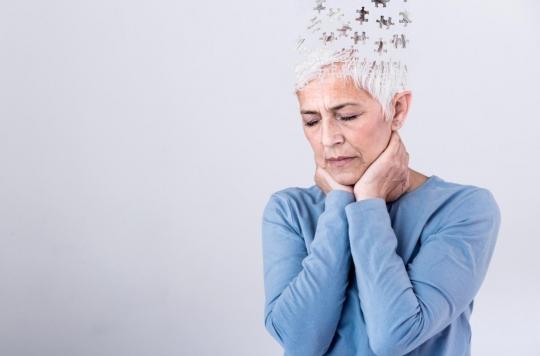 Stress harms our health. When it becomes pathological, we speak of generalized anxiety disorder. This anxiety can cause obsessive compulsive disorder (OCD), phobias or even post-traumatic stress disorder. These are not the only consequences of this prolonged state of anxiety: a study presented at the annual meeting of the North American Radiology Society shows that it can accelerate the onset of Alzheimer’s disease.

For this research, 339 people, aged 72 on average, were recruited. All of them suffered from at least mild cognitive impairment. During the study, 72 participants developed Alzheimer’s disease. The researchers analyzed the MRIs of the different participants to assess the size of the hippocampus and the enthorinal cortex, since these two areas are associated with the formation of memories. They also detected the presence of the ApoE4 allele, one of the genetic markers for Alzheimer’s disease. To determine whether the patients suffered from anxiety, the scientists used clinical surveys.

Anxiety: cause or symptom of Alzheimer’s?

“Patients with low-grade cognitive impairment and anxiety symptoms developed Alzheimer’s disease more rapidly than people without anxiety, regardless of the presence or absence of the genetic risk factor and brain size., say the scientists. They wonder about the nature of the link between anxiety and Alzheimer’s. “We don’t know if anxiety is a symptom, in other words, their memory deteriorates and they become anxious, or if anxiety causes cognitive decline.”explains Maria Vittoria Spampinato, lead author of the study.

The link between anxiety and Alzheimer’s disease was already demonstrated in 2018. Researchers at the University of Cambridge had proven that anxiety was a risk factor for Alzheimer’s disease and vascular dementia. “Anxiety is likely to damage the brain directly through the stress permanent and indirectly through the lack of physical activity it engenders”they explained.
For the authors of the most recent research on the subject, it is important to detect anxiety in seniors. “Older people are routinely tested for depression in hospitals, but perhaps this vulnerable population should be tested for anxiety.”, underlines Jenny L. Ulber, co-author of the study. Detecting anxiety early could help slow the onset or development of cognitive disorders.