A restomod tribute to the Giulia Tipo 105 by ErreErre Fuoriserie 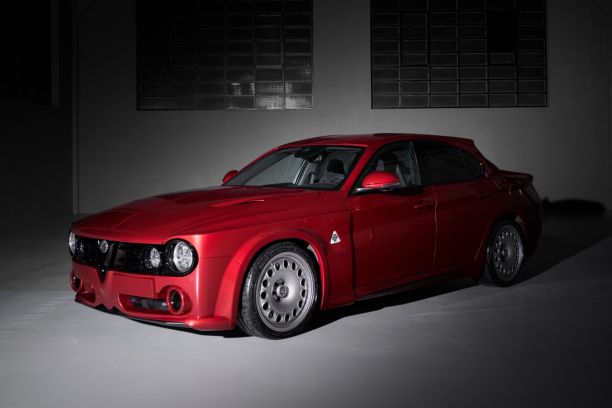 Fashion is at the restomods! The sources of inspiration for automotive craftsmen are numerous: Porsche, BMW, Alfa Romeo… It is precisely the Italian brand that inspired the company ErreErre Fuoriserie. It features special bodywork in homage to the Giulia of the 1960s.

Vintage is in fashion. In the automobile, this trend is characterized by the phenomenon of restomods. Modern creations that pay homage to cars of the past. Automobili Amos, Kimera, Nardone Automotive or even the essential Singer, many workshops are specialized in this type of automobile. If the Porsche 911 are very represented in the field, Alfa Romeo is not left out and has some spectacular creations like the Giulia ErreErre Fuoriserie that we share with you today.

HAVE. Restomod. When the old become modern

The Turin craftsman ErreErre Fuoriserie prefers the term “retromod” rather than restomod. This is ” the little girl who wears her grandmother’s dress “describes its designer. A dress made entirely of carbon fiber and which will still have required 5,000 hours of development. Calling it a body kit would therefore be too vulgar. This creation pays homage to the first Alfa Romeo Giulia of the name, known under the name Tipo 105 and which celebrates its 60th anniversary in 2022. The inspiration is noticeable at first glance. The car is very rectangular like its ancestor. At the front, the wheel arches have been widened, leaving space between the fenders and the doors. There are round headlamps characteristic of the Giulia of the 1960s. At the time, there could be two or four of them depending on the version and ErreErre Fuoriserie opted for the double pair, with LEDs of course.

Base of Giulia Quadrifoglio

Tribute to Grégory Lemarchal: what is cystic fibrosis?

A Lancia 037 Restomod featured in the 2022 Monte-Carlo Rally

Alfa Romeo Giulia (2022). New prices and equipment of the sedan