What if a single blood test could detect more than 50 different cancers?

Thanks to a blood test, and without apparent symptoms, it would be possible to diagnose more than 50 types of cancer, thanks to DNA. 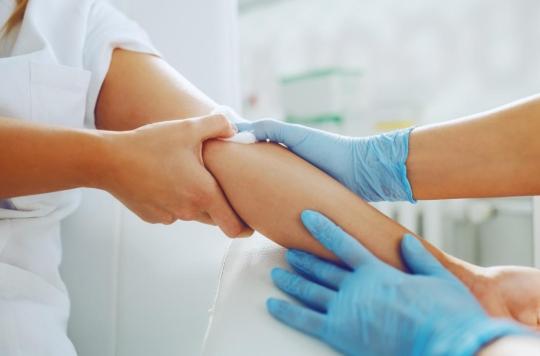 It could be a “new era in cancer diagnosis”. This is how the results of a new study on the subject were presented, during the ESMO Congress 2022, in Paris, an event that brings together more than 25,000 oncology professionals. Research has found that a single blood test could detect more than 50 different cancers, and early.

The work, published in Journal of Clinical Ocolony, relied on data from 140,000 people, recruited as part of a large National Health Service trial in the United Kingdom. The early detection test detected some sign of cancer in 1.4% of 6,621 people aged 50 and over who were not known to have cancer, and the disease was confirmed in 38% of adults whose the test was positive. Of 6,290 people without cancer, 99.1% received a negative test result. It took an average of three months to establish the definitive diagnosis.

“The results are an important first step for early cancer detection tests, as they showed a good detection rate for people with cancer and an excellent specificity rate for those without.”, says Deb Schrag, co-author of the study. This is the first study attesting to the effectiveness of a blood test for diagnosing different cancers, in previously undiagnosed patients. “Previous research only used tests in patients already known to have cancer“, specify the authors in a press release.

“This study indicates that there is hope on the horizon for detecting cancers that currently cannot be screened. Of course, it will be necessary to work a lot more, to do other tests with larger samples, to improve these tests.“, emphasizes the co-author. In the blood, the test targets tumor DNA, which can detect the presence of a tumor. But it will have to be refined to “better distinguish tumor DNA from all other DNA circulating in the blood”.

For the researchers, the objective is to reduce mortality from cancer, by detecting them early enough to take care of them. “We need controlled trials on all types of cancer to know if having an early detection test affects morbidity and mortalityadds Fabrice André, research director at the Gustave Roussy center in Villejuif. We also need to know how the tests benefit patients and how to discuss the results with them.“It will also be necessary to estimate the share of false positives, those whose test says they have cancer, but who are not in reality. In the meantime, the authors recall the importance of maintaining screening techniques standard tumors, such as those used to detect breast cancer or colorectal cancer.

Finger prick: a blood test to determine the risk of reinfection with Covid-19

Prisons: prisoners are more at risk of dying from cancer

A tool and app to monitor tumor size in real time

Cancer: why are they more and more frequent in young people?

The mayor of a municipality requests a cancer registry

The combination of two promising therapies for treatment-resistant cancers