Exercising on an empty stomach burns about 70% more fat than those who exercise two hours after eating, according to a new British study. 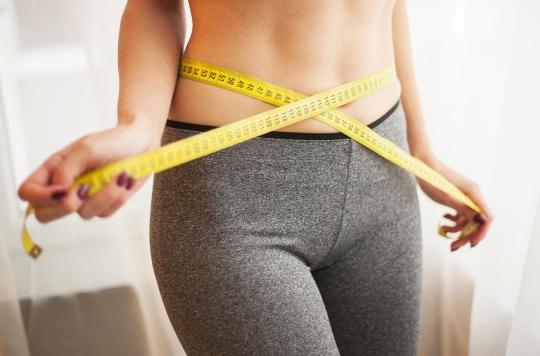 Researchers at Nottingham Trent University in England have discovered a method to burn even more fat when exercising: exercising on an empty stomach helps burn about 70% more fat than those who exercise two hours after eating.

While previous studies have already suggested that the benefits of exercise on weight loss may be increased when performed in the morning after an overnight fast, this new studypublished in theInternational Journal of Sport Nutrition and Exercise Metabolismthis time took into account the fact that on weekdays most people prefer to exercise in the evening, between 4 and 8 p.m.

The effectiveness of fasting on weight loss proven

Therefore, the researchers asked the volunteers to exercise on a gym bike at 6:30 p.m. at moderate intensity for 30 minutes, before continuing with a 15-minute time trial session where they had to pedal on the longest possible distance.

Participants performed this program twice, on different days, once after fasting for seven hours and once after eating a meal two hours earlier. The researchers also measured how much food the participants ate at dinner after exercise. The results showed that, similar to exercise in the morning after an overnight fast, exercising in the evening increased the amount of fat burned during exercise.

Fasting: it would be more difficult to motivate yourself to play sports

However, the researchers also found that despite these benefits, participants covered slightly less distance during the 15-minute time trial, were less motivated, and enjoyed the exercise less once completed.

“Fasting before evening exercise may benefit certain health factors by increasing the amount of fat burned during exercise or reducing the number of calories consumed during the day. If practiced regularly, it may improve how the body handles blood sugar spikes after eating”says Tommy Slater, a sports science researcher at Nottingham Trent University’s School of Science and Technology, in a communicated. “However, despite these benefits, daytime fasting appears to reduce people’s physical performance, motivation, and enjoyment, which may make it harder for some people to stick with it in the long term.”he continues.

Dr David Clayton, an expert in nutrition and exercise physiology at Nottingham Trent University, also added: “Combining exercise and fasting can be a powerful way to increase the benefits of exercise, so we’d like to evaluate this over a longer period of time and explore other ways to make fasting easier and more convenient. for the people.”

Early death: waist-to-hip ratio is a better indicator than BMI

Contracting this muscle while sitting helps you burn more fat