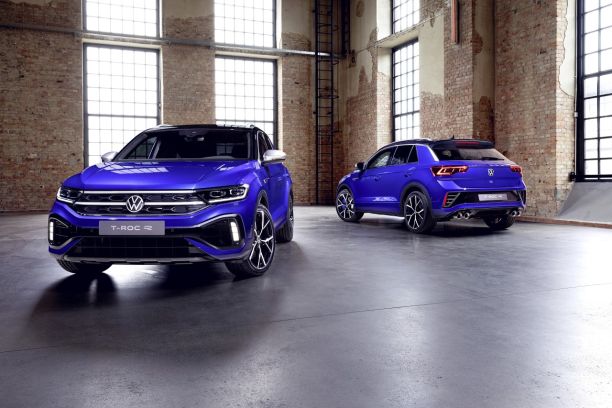 The price of the Volkswagen T-Roc R increases with its restyling.

Volkswagen completes the range of the restyled T-Roc with the R version of its SUV, still strong with 300 hp. The price of this variant climbs to €51,490, not to mention an ecological penalty which also increases.

The Volkswagen T-Roc R returns following the restyling of the rest of the SUV range. The muscular crossover is entitled to the same developments as the more modest versions, but sees its price increase significantly. This increase is even double since it is added to a significant inflation of the ecological penalty applied to the model according to the 2022 scale of the CO tax2. Its catalog price increases from €50,000 to €51,490, its penalty from €14,723 to €17,490, i.e. a combined additional cost of €4,257 and a total price of €68,980. In just over two years of career, the T-Roc R has seen its price increase by more than €20,000 including malus.

For this price, the Volkswagen T-Roc R still offers the 300 hp and 400 Nm of its 2 L TSI four-cylinder, associated with the 4Motion adaptive all-wheel drive via the DSG7 dual-clutch gearbox. Its aesthetic update is more than discreet. Its grille is now covered with a chrome strip which continues in the optical units, its front bumper has been slightly redesigned and the rear one is now adorned with a thick black band in its lower part.

The changes are a little more noticeable inside this R version as in the rest of the T-Roc range. The central 8-inch touch screen is placed higher than before, the digital dashboard measures 10.25 inches diagonally, the steering wheel is new, the upholstery is different and the gearbox lever is entitled to a new finish. Volkswagen announces more and more efficient driving aids in the standard endowment, including adaptive cruise control, lane keeping assistance and semi-autonomous parking. Standard equipment also includes:

The adaptive Matrix LED headlamps, standard in Germany, require an additional cost of 775 € with us. The Discover Pro infotainment system with a 9.2-inch central screen also remains optional (€1,110). The facelifted Volkswagen T-Roc R can now be configured online.

TO READ. SUV. All models expected in 2022 [calendrier]