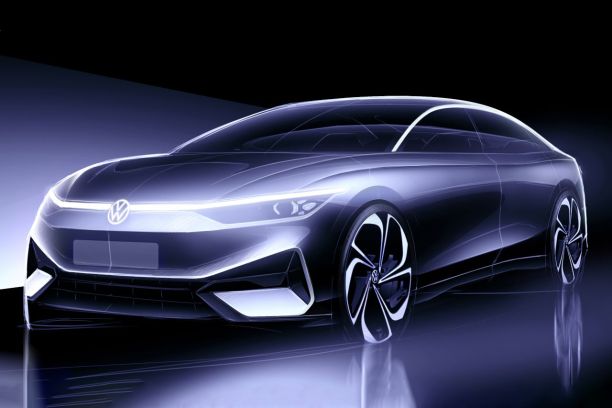 ID. Aero: this is the name of this study very close to the series that Volkswagen is about to present to announce its future large electric sedan.

Even if the four-door Passat has disappeared for good in Europe, Volkswagen will soon unveil a 100% new large sedan… and 100% electric. The ID.Aero, which could be baptized ID.7 in series, will begin its career in China before landing in Europe.

Sales of the Tesla Model 3 proved that sedans could still be successful… if they gave up their heat engine. This bodes well for Volkswagen, which is about to launch a 100% electric four-door. This model, which could take the name of ID.7 when it arrives in dealerships, will indirectly compensate for the definitive disappearance of the Passat Sedan in Europe and North America. But it will be more imposing than the latter and will first begin its career in China, in the second half of 2023. With, as a preamble, the presentation of a “pre-production prototype” from Monday June 27.

TO READ. Volkswagen calendar: all the news until 2025

A style close to the ID.Vizzion concept

Announced via some official sketches and called ID.Aero, this study should be extremely close to the production model. Its slender silhouette corresponds perfectly to that of a camouflaged copy which was surprised a few weeks ago in the Middle Kingdom.

It also strongly evokes the ID.Vizzion concept unveiled in Geneva in 2018, as does the presence of a chrome arch above the side windows. But in four years, some elements have nevertheless returned to the ranks. Starting with the headlights and the rear light strip, which can no longer hide a family resemblance with the ID.3, ID.4 or ID.5. The template should also be a little less generous, with a length from 5.11 m on the ID.Vizzion to around 4.90 m. As for the antagonistic opening doors, as is (almost) always the case, they will be replaced by conventional openings.

Towards record autonomy for the ID.7?

The relationship with the rest of the ID range will not only be aesthetic. Technically, the ID.7 will also use the same MEB platform. Dedicated solely to electric vehicles, this base will make it possible to offer propulsion versions, with a single engine at the rear, and others with four-wheel drive, thanks to the addition of a second electric motor at the front. These bases are also compatible with batteries of different capacities, up to 110 kWh. Add to that efficient aerodynamics and the maximum range could go up to 700 km on some variants. A feat for the moment out of reach with an SUV. First manufactured in China for the local market, this electric sedan will then be assembled in Germany, in Emden, to supply Europe and North America. It will join the ID.4 there, but also the Arteon and Passat, which it is likely to overshadow. Especially since it will later be available as a station wagon, as announced by the ID Space Vizzion concept.