Viruses to protect our food from deadly bacteria

Researchers have developed a “disinfectant spray” to protect our food from contamination with E.Coli bacteria. 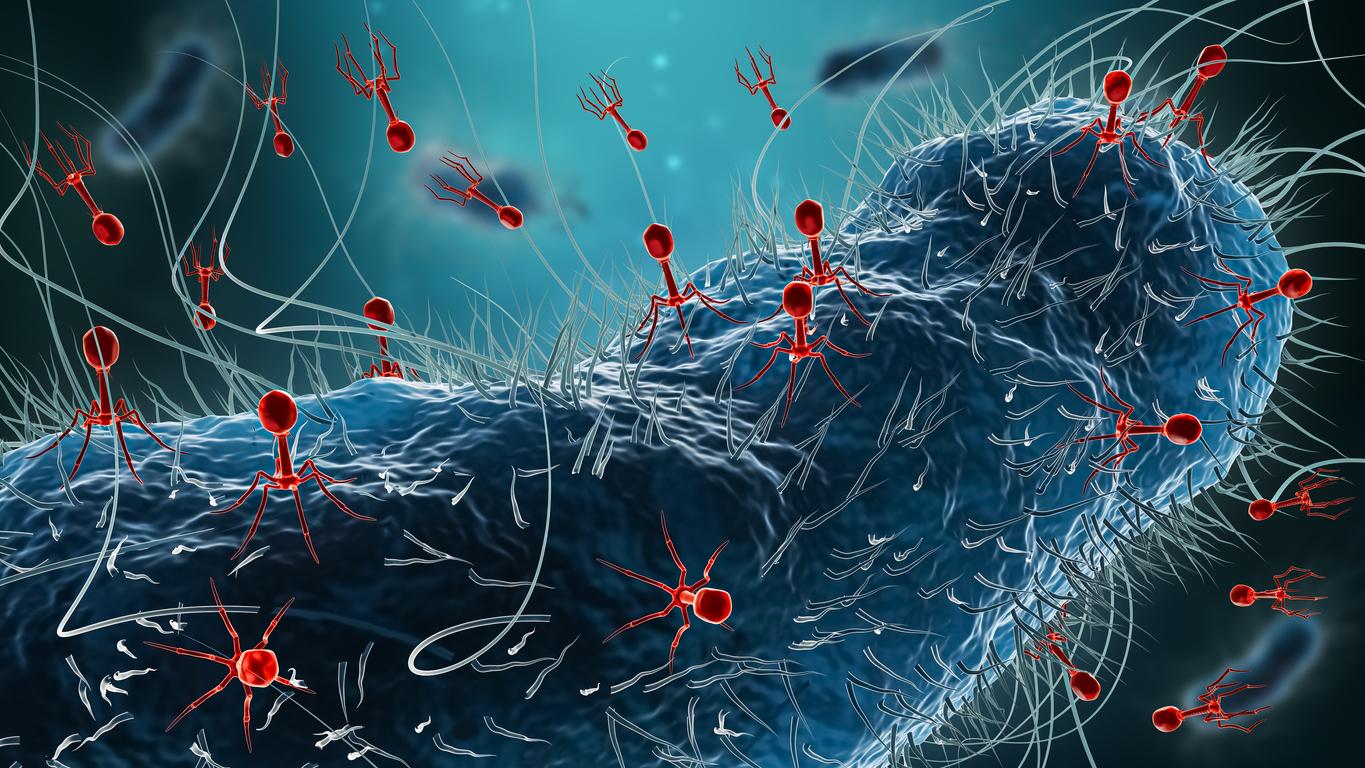 While product recalls due to E.Coli contamination are not uncommon, researchers at McMaster University (Canada) may have found a surprising way to combat this dangerous bacteria. They have indeed developed a vaporizer containing anti-microbial viruses.

The spray helps to destroy pathogens on food

The authors of the study, published in the journal Nature Communications, believe that “their disinfectant spray” is both food safe and highly effective, thanks to the assembly of bacteriophages (also called phages) – harmless viruses that feed on bacteria – in the form of microscopic beads.

“These beads can be safely exposed to food to eliminate dangerous pathogens such as E. Coli 0157. The beads are incredibly small, measuring approximately 20 microns (one fiftieth of a millimeter) in diameter, yet they are packed with millions of phages”, explain the authors.

This invention has been effectively tested on foods such as beef and lettuce; two very common sources of E.Coli outbreaks.

Phages have unique characteristics to fight against microbes

Phages are present naturally, both in the environment and in the body. When they come into contact with targeted bacteria, they multiply, which exponentially increases their anti-microbial power: “It’s a chain reaction, creating a dynamic, ongoing response that’s even more powerful than antibiotics.“, explains Professor Tohid Didar, holder of the Canada Research Chair in Nanobiomaterials. “No other anti-bacterial product – not even bleach – has the special properties of phages.“Part of their advantage is that they don’t impact beneficial bacteria that improve the taste, smell and texture of food.

The study authors anticipate that a version of the phage spray may be available in the near future and that the same approach can be taken against other bacteria that cause food poisoning, such as Salmonella and the Listeria.

Gastroenteritis: what foods to eat?

Migraines: these foods can help you reduce attacks

Breakfast: 7 superfoods to be more productive

Food supplements based on melatonin: why you should be wary of them

What is this well-known food that helps you stay slim?