Towards less salty bread from 2025

Players in the bakery sector have just committed to reducing the amount of salt in bread by 10%. Objective: to reduce the risk of cardiovascular accidents. 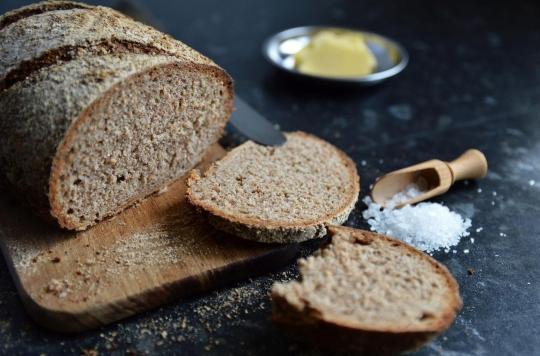 By 2025, the bread we eat will be less salty, whether bought in supermarkets or from an artisan baker. Here is the promise made by the actors of the bakery sector. On the occasion of the Agricultural Show, they signed a voluntary collective agreement on Thursday March 3, as part of the National Food and Nutrition Program 2019-2023 (PNAN).

His goal : “reduce salt content in bread by about 10% in less than 4 years”as specified a statement from the government. Driven by Bruno Ferreira, Director General for Food, and Grégory Emery, Deputy Director General for Health, the agreement was signed by millers, artisan bakers (CNBPF) and industrial bakers (FEB), as well as by certain large signs, such as Intermarché and E. Leclerc.

Bread represents 20% of the daily salt intake of the French

Because salt consumption has become a real public health issue. France has also made a commitment to the World Health Organization (WHO) to “reduce salt consumption by 30% by 2025”. “According to the WHO, a salt intake of less than 5 grams per day in adults helps to lower blood pressure and the risk of cardiovascular disease, stroke and myocardial infarction”recalls the government.

To reduce this consumption, the commitment of the bakery sector is therefore essential because the consumption of bread currently represents “20% of the daily salt intake of the French”. “The signatory professionals undertake to gradually reduce the salt content in the different categories of bread while respecting maximum thresholds, corresponding to a reduction of around 10% in salt content”says the press release.

What are the risks of too much salt consumption?

Used to enhance the taste of food, salt is, when consumed in reasonable quantities, necessary for our body. The iodine it contains helps our body to produce hormones, maintain plasma volume, the transmission of nerve impulses and the proper functioning of cells.

How to eat less salt

How do you make baking bread crispy again?

Nutrition: still too much fat and salt in fast food

Why do we eat too much salt? Science has the answer

Which cheese has the least salt?

Hypertension: how to adapt our taste buds to a low-salt diet?