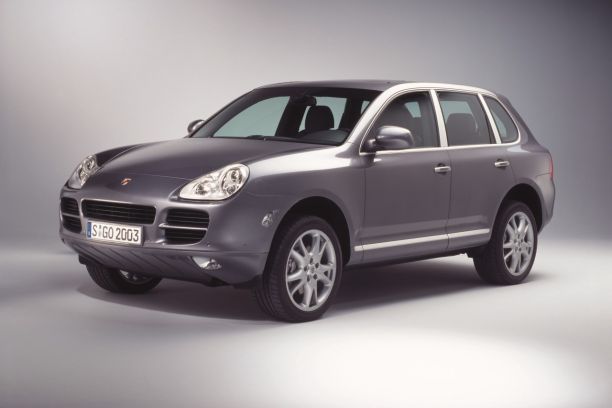 The Porsche Cayenne was born 20 years ago. Its development took many directions.

The Porsche Cayenne is 20 years old. Porsche explored several avenues before launching its first SUV with the success that we know. It could have been a sporty 4×4 based on the Mercedes ML, or even a minivan.

SUVs have been Porsche’s best-selling models for several years. In 2021, 88,362 Macans and 83,071 Cayennes were sold. A success that allows the manufacturer to have the kidneys strong enough to continue its 911 and 718 whose cumulative sales remain below 60,000 annual units. This dynamic was driven by the launch of the first Cayenne, who celebrates his 20th birthday in 2022. But this SUV project took many turns before becoming a reality as we know it today.

The Boxster, and after?

At the beginning of the 1990s, Porsche was not cheap, which was still an independent brand although controlled by the Porsche/Piëch family like the Volkswagen group. The 911 was not enough to keep the company afloat and the line of front-engined “transaxle” sports cars (928, 924, 944, 968) had not met with the expected success. The company was in the red, posting losses in 1992 which today would amount to nearly 170 million euros. An unexpected salvation came with the Boxster, an entry-level roadster announced with a concept in 1993 and marketed in 1995 to replace the 968, together with a profound reorganization of the company.

The success was immediate and the accounts went back into the green. But very quickly, it appeared that this would not be enough. Studies carried out by Porsche’s sales teams in the United States, the manufacturer’s largest market at the time, showed that the firm would decline again if it remained confined to the limited segment of sports cars. It was necessary to add a third model to the range, intended for a wider clientele.

The Cayenne could have been a minivan…

Two projects stood out for the “third Porsche”. One of them was that of a luxury minivan, a very fashionable type of vehicle at the time, as evidenced by the success of the Chrysler Voyager in North America and that of the Renault Espace in Europe. The other idea was that of a high-end off-roader offering sports performance on the road and off-road capability. This was at the dawn of the early American rise of what are now called SUVs.

But the American team (again) felt that a market with great potential was brewing. ” At that time in America, minivans were especially popular with families with many children and low incomes. But large SUVs performed well across all income levels “, explains today Anton Hunger, communication manager of Wendelin Wiedeking who was then president of Porsche. The manufacturer therefore began looking for a partner to develop and market an SUV.

…or a great Mercedes ML

As mentioned above, it was clear from the start that the Porsche SUV had to offer services worthy of the image of the brand. But an exclusively internal development was not possible either financially or industrially. Porsche then approached Mercedes, which was preparing the M-Class for its part. which was to be a resounding success from its launch in 1997. The two neighbors of Stuttgart had already collaborated in the past, whether on the sports sedan Mercedes 500 E produced by Porsche or on the Mercedes 280 G of Paris-Dakar assistance 1985 with a Porsche V8, which was precisely an off-roader.

” At this stage, we envisioned the Porsche SUV as a high-performance derivative of the Mercedes. With its own exterior design, a lot of technology from the M-Class, but engines and chassis elements to us says Klaus-Gerhard Wolpert, who was responsible for the Cayenne range from 1998 to 2010. An agreement was made in the summer of 1996, but this project was aborted a few months later due to disputes over the economic aspects of this partnership. .

Porsche and Volkswagen: a family story

Porsche then turned to Volkswagen, whose president Ferdinand Piëch, grandson of Ferdinand Porsche, carried the expansion of the group towards the top of the range. These ambitions would lead to the takeover of Bentley and Bugatti in 1998 and then the launch of the Volkswagen Phaeton in 2002, among others. In this context, the engineer who had become a great entrepreneur was seduced by the proposal. ” Porsche presented the concept to Volkswagen, and Ferdinand Piëch thought that a car of this type was of definite interest. said Wolpert. Thus was born the Colorado project.

From the Colorado project to the Porsche Cayenne and Volkswagen Touareg

In 1997, Porsche and Volkswagen therefore began the joint development of two very similar family SUVs technically, that of Volkswagen taking the name Touareg. Porsche would provide technical design and Volkswagen would oversee industrialization. The platform signed Porsche would be common to both models but each brand would exclusively use in-house engines for its vehicle and the chassis settings would differ between the two cars. The exterior design too, despite some common elements like the doors.

Volkswagen decided to build the Touareg in Bratislava (Slovakia) but Porsche built a factory in Leipzig (Germany) to assemble the Cayenne, whose body panels would still arrive painted from Bratislava. The Colorado project was made public in 1998. The Porsche Cayenne (type E1) was unveiled at the 2002 Paris Motor Show.

A different Porsche, but still a Porsche

Despite the reluctance of fans and especially Porsche clubs, the Cayenne quickly found its audience. Its V8 engines gave it top-notch performance on tarmac while its four-wheel drive with differential lock, reduction gear box and optional adaptive air suspension made it a true off-roader, all wrapped up in a luxurious interior ambience. The range soon grew, with sports versions such as the GTS and Turbo S.

As early as 2002, Porsche even produced the Cayenne Cabrio concept, which remained unfulfilled. In 2006, the manufacturer built a prototype Cayenne S hybrid. However, electrification only arrived on a production Cayenne with the second generation of the model. Porsche initially planned to sell 25,000 examples of its SUV each year, but achieved a smoothed average of almost 35,000 units over the eight-year career of the type E1.

TO READ. Porsche. Did you know that the GTS range was born thanks to Peugeot?

After the hybrid, an electric Cayenne?

With the Cayenne E2 therefore came the hybrid and then the rechargeable hybrid among other technical developments affecting both the engine and the chassis. The third and current Cayenne, type E3, was launched in 2017. Unlike its predecessors, it is assembled in Bratislava.

Its career was marked by the arrival of a new body variant. In the absence of a convertible, it was a five-door Cayenne Coupé that saw the light of day in 2019, with a stretched arcuate roof reminiscent of the 911.

In 2020, the milestone of one million Cayennes produced was passed. Porsche is currently preparing the restyling of the model. Its next generation could be electric, like that of the Macan, with the automaker planning to make 80% of its annual sales with zero-emission vehicles by 2030.

TO READ. Manufacturers going 100% electric by 2030 in Europe

Honey would be a super antifungal

Mercedes GLC (2022). The family SUV is renewed and electrified