Renault 5. An exhibition and a new video to tell its story 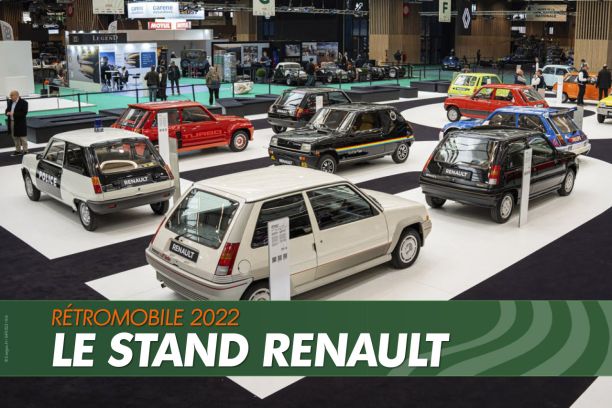 Renault is celebrating the 50th anniversary of the R5 at Rétromobile.

Renault celebrates, at the Retromobile 2022 show, the 50th anniversary of its R5. As for the 4L in 2021, the manufacturer has assembled a set of around ten vehicles. The opportunity for L’argus to tell you, in video, the story of this legendary model sold over 9 million units.

In the Renault range, the R5 succeeded the 4L. The crunchy city car arrived on the market in February 1972. From its launch, it marks the spiritsas Hugues Portron, director of Renault Classic, explains to us in an exclusive video made during the Retromobile 2022 show.

12 models to discover at Rétromobile

On the diamond manufacturer’s stand, no less than 12 models are on display. They make it possible to trace the history of the city car through the ages. Did you know ? The design of the newcomer was entrusted to Michel Boué, the youngest employee of the style office. From the second draft, it convinces the teams who will use it as a basis for developing the Type 122 project.

The Renault stand hosts in its center three R5 of the very first vintage. They are recognizable by their distinctive acid colors: orange, green and yellow. But not only ! One of them even sports an astonishing diamond, which the manufacturer had to replace fissa. This is the famous “forbidden logo”! The R5 started its career with just two doors. If the dealers did not believe it at first, this bet quickly paid off. Renault had nevertheless thought of developing a 5-door version, also exhibited on the stand, which it launched in 1980 and sold more than 600,000 units.

The history of the R5 has also been built thanks to legendary sports models. Let’s start with the R5 Alpine and its 93 hp engine. This 840 kg bomb, capable of reaching 100 km/h in 10 s, was launched in 1975. If it received a turbo later, it was the radical R5 Turbo version that made the model a legend in 1982. . The city car with bodybuilt plastic impresses in competition, and particularly in rallying where it won the Monte-Carlo or the Tour de Corse. A French pilot is forever associated with the success of the model: it is Jean Ragnotti.

At Rétromobile, Renault also invited two copies of the R5’s replacement: the Supercinq, which enthusiasts will enjoy seeing in its memorable GT Turbo version. The stand also hosts a LeCar version, intended for the United States. The copy presented here was reviewed and corrected by the coachbuilder Heuliez who would have manufactured around 500 copies. Finally, the tricolor brand does not forget to draw a parallel with the future by exhibiting its R5 prototype, revealed in 2021 and which foreshadows more than 80% of the lines of a model expected in 2024 in the range. Like the little sky blue R5 alongside it, this newcomer will be 100% electric!

New The Lord of the Rings on Amazon Prime

These five classics are disappearing from Netflix

The Addams Family is back. On Netflix this time: Wednesday