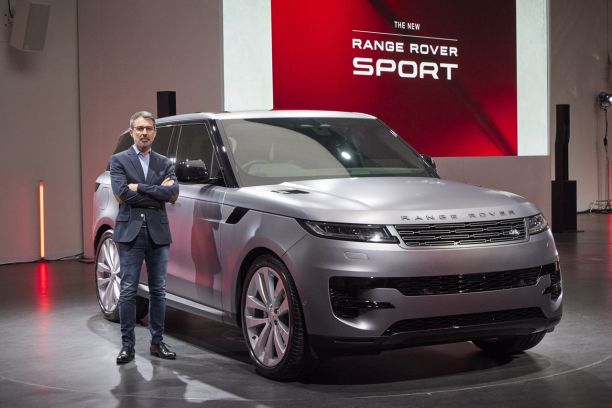 The new Range Rover Sport will be launched on the French market in the fall.

Like its big brother Range Rover, the Range Rover Sport is also an apostle of purity and will be, in 2024, the champion of electricity. But between the two Range no copy and paste, neither outside nor on board, the Range Sport has its own personality. Follow us to take a tour of the owner.

Land Rover has unveiled the third generation of the Range Rover Sport. As a reminder, the current one was launched in 2013, then restyled in 2017. Note that in 2020, it benefited from a third row of seats, bringing its capacity to 5 + 2 places. But with the new Range Sport, which will arrive on the market in the fall of 2022, this “family” configuration will no longer be relevant despite an increased length of 7 cm, from 4.88 m for the current one to 4.95 m for this third opus. Indeed, the brand now prefers to entrust the mission of troop transport to its big brother, the Range Rover whose long version (5.25 m) now offers 7 real first class seats. A must !

Like its big brother Range Rover, presented in the fall of 2021, the Range Rover Sport, or more simply Range Sport for friends, follows the same stylistic philosophy. That of purity by retaining only the essential lines, those which both define and energize the vehicle without overloading it. Her dress shows attention to detail, smooth surfaces and balanced proportions, a front overhang reduced to its simplest expression, and corners that “turn” well as the designers say. The aerodynamics are at the level of the frame of the windshield (note that the latter is more inclined than that of the big brother Range Rover, while the roof is steeper), but also at the level of the rear quarter windows like flush door handles that now characterize the entire renewed range of the British manufacturer. In the facts, the drag coefficient Cd of the Range Sport is improved by 15% compared to its predecessor with a value lowered to 0.29.

At the rear, no crime against majesty, the Range Rover retains the privilege of vertical lights; the Range Sport, on the other hand, sticks to horizontal light elements. Everyone retains their rank. But this fine black band framed by high-tech lights also has its effect. To balance the whole, the number plate descends from the tailgate flap to the bumper, which visually lowers the center of gravity of the car – well planted on 23-inch wheels – while providing a consequent widening.

Fewer screens on board

On board, same topo, the Range Rover Sport has, again, a taste for purity. The digital controls are used sparingly and wisely, as evidenced by the disappearance of a digital panel at the bottom of the center console. The information has been logically grouped together on a single, larger, 13.1-inch diagonal screen.. Highly responsive haptic feedback touch equipment. To reinforce the sporty atmosphere, which the Range Rover has nothing to do with, the Range Sport has installed its seats, with a specific design, lower, and raises its central console. This creates a real cockpit that clearly separates the pilot from his passenger. And to top it off, the dashboard is specific to the model.

“For the record, the dashboard of the Range Rover Sport was designed, like all the furniture, by a French designer: Lancelot Malet“

It is much more inclined than that of the Range and its upper horizontal part fits perfectly in the continuity of the bonnet which it then seems to extend. Sporty and chic atmosphere at will.

In the rear seats, the new Range Sport is confined to a single configuration, namely, a classic three-seater bench seat. Nevertheless, on certain finishes, two-tone upholstery gives the illusion of having two independent seats instead of the bench seat. In addition, the option of 7-seater nicknames which we spoke to you about above, is no longer on the agenda.

On the French market, the Range Rover Sport will be available in two diesel versions D250 and D350 whose six-cylinder blocks deliver respectively: 250 and 350 hp. Come next, at the heart of the range, two plug-in hybrid variants P440e and P510e combining respectively 440 and 510 hp: they both offer a range of 113 km in electric mode. Gone is the hitch with a commoner 2-litre four-cylinder block as was the case for the current Range Sport P400e, instead of six-cylinder in-line engines. Finally at the top of the offer, a biturbo V8 version is strong with 530 hp. She caps the catalog while waiting for an SVR version. In 2024, the brand confirmed on the Range Sport the launch of a 100% electric engine, shared with the Range Rover.

According to our information, the appeal price of the Range Rover Sport 2022 will be around €94,000. The brand’s engineers insist that it will be, more than ever, the sportiest SUV. The Aston Martin DBX and Lamborghini Urus are warned. Finally, should we see in its official color called Red Firenze (referring to the city of Florence) a call from the foot to customers who would be tempted by the acquisition of the future Italian SUV, the Ferrari Purosangue? The question still remains…

After the 3rd dose, how long are you protected?

Ford Tourneo Connect (2022). Price, range and equipment of the MPV