Psychoeducation: “Helping the family is helping the patient” 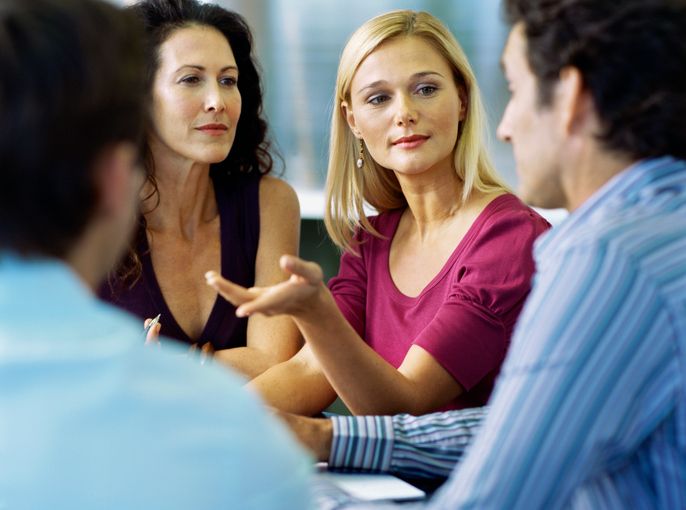 In 2010, Louis and Sandrine* learn that their son, Sébastien*, suffers from schizophrenia. After the young man was hospitalized, the family sought support from a support group, but that was not enough. They then hear about the “Profamille” psychoeducation program, intended for relatives of people with schizophrenia. The objective is to help the entourage to support the patient through better communication and management of emotions. They tell us how this program has improved their life and that of their son.

Top health: What is the “Profamily” program that you followed?

Louis and Sandrine, parents of Sébastien, who has schizophrenia: “Profamille” is a psychoeducation program intended for the families of patients suffering from schizophrenia. It is similar to training and aims to teach the patient’s entourage to better manage the disease and family life, through sessions in small groups. Fourteen four-hour sessions allow parents to better understand the disease, its symptoms, and its treatments, in order to re-establish communication with their loved one. A year later, a revision is planned in the form of eight new sessions.

TS: How does a session take place?

Louis : Each session begins with an exchange of experience between participants over the past week, the exercises implemented since the previous session, and the difficulties encountered. Part of the four hours is devoted to theory with information on symptoms, disease, treatments, and communication techniques. Depending on the topics covered, external health professionals may be invited to provide their expertise.

Sandrine : A large part is then devoted to practical cases, with role plays. There are many application exercises to practice at home between two sessions.

TS: How did you hear about “Profamille”?

Louis : Some time after his majority, our son Sébastien started “messing around” at home. As he was of age, we could not force him to consult a doctor. He agreed to see a psychologist for nine months, who brought in a psychiatrist for the diagnosis. Our son was hospitalized at the request of a third party.

Sandrine : The psychiatrists directed us to a discussion group in which we participated for two years. This gave us some support, we met other people in the same situation as us. It was one of the participants in the group who told us about “Profamille”.

TS: Why did you agree to embark on this program?

Louis : The discussion group is useful for a while but it does not provide “the” solution. The psychologist let us express ourselves, but she did not intervene in the group and did not give advice.

Sandrine : We are constantly looking for information. I have read many books on the subject, but they are not operational. I take better advantage of this knowledge now that I have received this training.

TS: What did you learn during the program?

Louis : I understood a lot about my son’s illness and behavior. Social withdrawal, confinement, incomprehensible attitudes… At the first explanation session, I was flabbergasted. For example, I understood that if my son increased the volume of the television, it was to stop hearing the voices in his head. I now know the side effects of the treatments and the symptoms that remain without a therapeutic solution. In a very concrete way, I can apply communication techniques, such as the 4P method: “Be Prompt to say the Small Progress in a Precise way.

Sandrine : As the sick person has low self-esteem, he must be constantly encouraged. We also learn the posture of reflective listening to understand the substance of his thought. In another register, we are trained to prepare an interview with a doctor, to formulate our questions precisely and not to be guided only by emotions. We learned to communicate better with our son, but also with the doctors.

TS: What has family psychoeducation brought you?

Sandrine : The training removes the fear of being responsible for the illness and of not knowing how to help the person. It helps to act. The family atmosphere has improved, we are less disturbed by our son’s behavior because we have leads, tools to help him. There is less stress, relationships are simpler and more peaceful.

Louis : We are more tolerant. The program also leads to a reduction in guilt. The supervisors explain to us where the disease comes from and what factors can trigger it. We have more links with the carers of the day hospital, we have developed an alliance with the medical profession, in the interest of our son. He hasn’t had a relapse since we took the program in 2011. We can now project ourselves into the future, with a social life and accommodation for Sébastien.

TS: What difficulties did you encounter?

Louis : Personally, the medical part was difficult to understand. You have to learn to change your attitude, do things you’re not used to, like congratulating. Be patient, stay optimistic and calm: it’s not always easy to go against your character.

Sandrine : Four hours of session from 5 p.m. to 9 p.m., so many exercises to do at home, you need a lot of motivation. The tools involve questioning our way of seeing and our behaviors. It’s hard to change, to put things into perspective, but it also brings a lot of open-mindedness.

TS: You talk about motivation, how did you manage to keep it until the end?

Louis : The motivation remains, because you learn things, it’s operational, it’s not just theory. There is also a great attendance in the group of parents, the participants do not miss the sessions, even those who come from afar.

Sandrine : Helping the family means helping the patient. We are seeing concrete and very rapid changes that encourage us to continue.

TS: What advice would you give to further improve the program?

Sandrine : What would be interesting is the presence of a “peer helper”, that is to say a person with schizophrenia who has recovered and who has integrated the health system. She could share her experience, testify, and that would give families a lot of hope.

Louis : The problem is that there are not enough offers for all the families who could benefit from the program. Trained staff are still too few and places are expensive.

*Names have been changed

Interview on October 24, 2016. Thanks to Louis and Sandrine.

Schizophrenia: a step towards understanding the disease

Cannabis smokers are 5 times more likely to have schizophrenia

Psoriatic arthritis explained by a patient

Osteoarthritis: one patient in 3 is under 40 years old

Schizophrenia: one patient in 50 commits suicide

Pica disease: doctors find 2,000 pieces in the belly of a patient

Professional burnout of doctors, a potential risk for the patient

Christmas gifts: our helping hand so you don’t go broke!

A family goes organic: the effects on their health are incredible!

The stronger the family ties, the more the teenagers are fulfilled!

Guillaume de Tonquédec: “In the management of multiple sclerosis, everything is empirical”