In terms of compliance with hygiene rules, consumer rights and traceability, restaurants have progress to make. 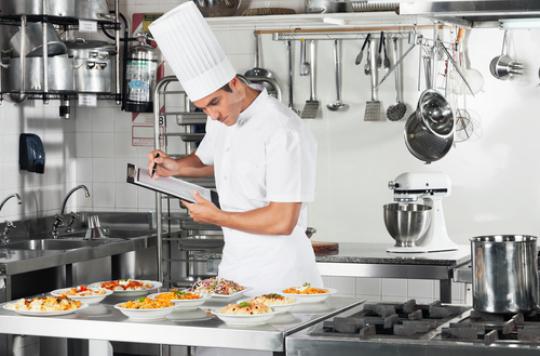 A mixed record. During the end-of-year celebrations, the Directorate General for Competition, Consumer Affairs and Fraud Prevention (DGCCRF) increased targeted controls. Its agents conducted a total of more than 6,000 visits related to food safety. The result is something to be dubious about: in a third of cases, the markets, shops and catering trades let anomalies pass. Traditional catering peaked, with 34% of negative reports. The fast cooking version presents 29% of anomalies.
What do these numbers mean? Contacted by whydoctor, the DGCCRF clarifies these statistics.

What are the controls?

“The controls relate to both hygiene and food safety” but also to the economic protection of consumers, specifies the DGCCRF. Food businesses are targeted – such as delicatessens or pastries – as well as so-called general businesses (markets, restaurants, etc.).

These establishments must show their credentials: compliance with use-by dates (DLC), temperature rules or the hygiene of the establishment and the food are all carefully controlled elements. The systematic delivery of a note and the traceability of the products must also be proven.

The nature of the anomalies varies according to the institutions inspected. On the markets, price information leaves something to be desired, as do the general conditions of sale and labeling compliance. This is also a problem in large and medium-sized stores.

In the traditional catering sector, lack of consumer information and non-compliance with the establishment’s hygiene rules dominate with 14% respectively. The non-conformity of the labeling and the lack of traceability of the products offered follow closely. Fast food, it sins by its lack of respect for the hygiene of foodstuffs and structures (14%) and the non-compliance of labeling (13%).

What recommendations are issued?

Two situations can arise from a negative control. In one case, establishments must comply with the rules. They “most often consist of cleaning/disinfecting soiled equipment and utensils”, but also destroying non-compliant products, replacing faulty structures… In short, all the defects pointed out by the inspector must be corrected quickly. .

If the anomalies are serious, or too numerous, a second option is open. In the event that the health of the consumer is threatened by the maintenance of the activity of the establishment, the inspector is empowered to draw up a report… and order an administrative closure. A sentence feared by the managers.

Why eating mealworms is good for your health and the planet