Fuels. Do you know the car that runs on coffee? 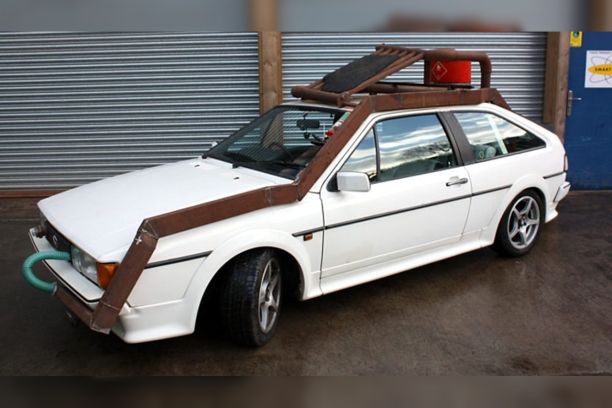 This 1988 Volkswagen Scirocco has been transformed to run on coffee.

A few years ago, a 1980s Volkswagen Scirocco was converted to run on coffee. While fuel prices are at their highest, could we drive on filter-free rather than unleaded?

Post-lockdown inflation continues, the war in Ukraine too, so fuel prices remain very high. In France, a liter of diesel including tax currently costs €2.12 on average, that of SP95-E10 costs €1.97 and that of SP98 costs €2.06. It is therefore tempting to look for alternatives to these traditional liquid fuels to run our cars, enough to bring to the surface an experiment dating from 2010. The team of the British television show Bang Goes the Theory broadcast on the BBC1 channel had presented a car that ran on coffee.

TO READ. Fuels. Diesel too expensive, can we run on cooking oil?

Coffee, a source of energy even for a car?

The idea behind the coffee fuel car was to highlight the virtues of recycling and the recovery of waste. A 1988 Volkswagen Scirocco destined for scrap was chosen as the basis for the project and nicknamed car-puccino. Canisters and tubes made of salvaged metals were installed in the back, giving the German coupé a false air of DeLorean DMC-12 Back to the future. The largest barrel was filled with coffee beans from waste from the Costa Coffee brand. The mechanics worked by gasification. Heated to a very high temperature then cooled and filtered, the coffee released carbon monoxide and gaseous dihydrogen sent into the engine as combustibles instead of conventional fuel. Objective: to reach Manchester from London, approximately 320 kilometers.

TO READ. Fuels. How does the 18 cents per liter discount work?

The car started and began its journey in encouraging health, except that the consumption was expected to be high with a forecast of 70 kg of coffee for the journey, or approximately 5 km/kg without exceeding 100 km/h. Stops were planned every 50 to 70 km to refuel. Despite these coffee breaks, the crew was soon brooding. The adventure was interrupted by several breakdowns due to overheating as well as the presence of impurities in the gases arriving at the mill of the brave Volkswagen. The day therefore passed more slowly than expected, but after ten hours of travel the team still reached its point of arrival in Manchester. Failing to present a viable alternative, this experience could give food for thought to motorists who love coffee. The most addicted can always push the vice to drive a Suzuki Cappuccino or Opel Mokka. If that’s not their cup of tea, they can wait for Wey Coffee 01.

Multiple sclerosis: 4 cups of coffee a day reduce the risk

Do we drink coffee to fight fatigue or out of habit?

This study will reassure all coffee drinkers!