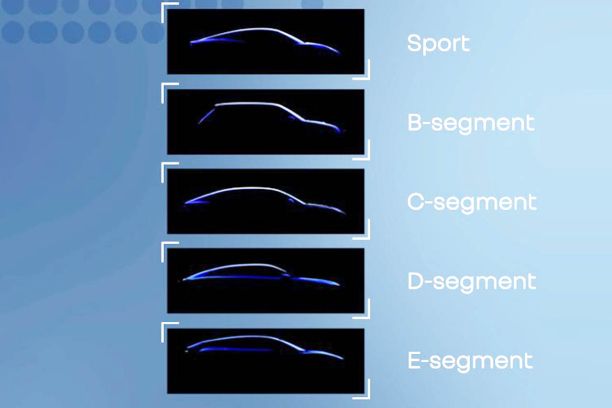 In addition to the three models already announced, Alpine is now talking about the arrival of two larger electric crossovers in the D and E segments.

Announced a long time ago, the future Alpine “DZ110” electric crossover will ultimately not remain alone. The sporty and luxurious brand of the Renault group plans to launch two larger models, in partnership with another manufacturer, to occupy the D and E segments.

For the moment devoid of the slightest SUV or crossover, Alpine should have three in its range before 2030. This is one of the surprise announcements of “Capital Market Day”, the major conference organized by the Renault group for investors. . The Dieppe brand took advantage of this event to indicate that it was going to become an independent entity and again revise its ambitions upwards. The short-term strategy remains unchanged, with a fairly compact “crossover-GT”, known under the code DZ110, a sports city car derived from the R5 and finally the renewal of the A110 berlinetta. Three 100% electric models that form what the manufacturer calls its “dream garage”.

But two additional “crossover-GTs” will eventually be added to the program. The first, expected for 2027, will occupy the D segment, that of Tesla’s Model Y. It will therefore be more imposing than the DZ110 without reaching the size of the model planned for 2028 in order to occupy the E segment of the BMW iX and other Audi Q8 e-Tron. Luca de Meo, boss of the Renault group, intends to seduce the United States and China, two markets from which Alpine is currently absent.

TO READ. Alpine: the electric GT crossover will be made in Dieppe, it’s official

Two models developed with a partner

The most imposing of these crossovers will also display a less receding rear than its little brothers, according to the first silhouette unveiled as a teaser. For the time being, information about these two unexpected novelties remains rare. Alpine simply indicates that they will not be developed entirely in-house. The manufacturer will rely on a ” partnership with a leading electric vehicle player ”, which should notably provide the platform. It remains to know the identity of this partner. One of the most plausible leads is that of Geely, with whom Renault has just set up a new joint venture dedicated to thermal and hybrid engines. This Chinese giant notably owns Lotus, Alpine’s partner for the replacement of the A110. A new collaboration would therefore come as no surprise, especially since the British brand is preparing to launch a large electric SUV, the Eletre. It therefore has a suitable base. But this hypothesis needs to be confirmed.

TO READ. Renault updates its Renaulution around 5 poles and creates an equipment supplier with Geely