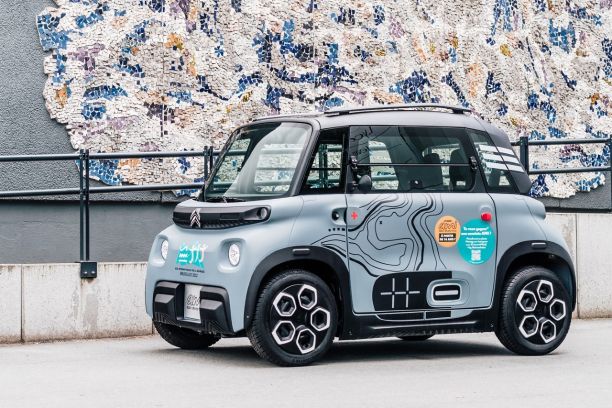 With more than 22,000 sales, the Citroën Ami is well received in Europe.

Marketed since April 2020, the Citroën Ami has met with some success in Europe, and in France. Nearly 23,000 electric quadricycles have been sold worldwide, including more than 13,000 in France. Has the small herringbone model become the new popular French darling?

No offense to some, the Citroën Ami is a great success and sells like hotcakes. Since its launch in April 2020, more than 22,400 copies were sold in Europe. Suitable for individuals (especially young people) and professionals (with the Cargo version), the electric quadricycle is the new symbol of micro-mobility.

>> The Citroën Ami in the world in pictures <<

Europe is tearing it up

Many countries in Europe have been conquered by the Friend. This obviously goes through France, which represents nearly 58% of orders, more than 13,300 units sold. In France, ” between May 2021 and May 2022, the quadricycle market grew by 9.7%, driven by the arrival of Ami. Registrations increased by 47% in one year recalls Citroën.

It’s not just in France that the little wheeled cube tops the charts. It is also the leader in Italy (2e market for the Friend behind France), in Belgium and Portugal. In the United Kingdom, the electric racing car marketed since May 24 has already registered more than 2,000 pre-orders. Success promises to be there despite its left-hand drive!

In Germany, the quadricycle is not marketed under the Citroën label. Opel took advantage of the synergy of the Stellantis group to rebadge the vehicle in its image and baptize it Rocks-e. The firefighters of the brand’s factory in Rüsselsheim offered themselves a copy. In Greece, it is the police of the island of Chalki who have chosen to patrol with two copies of Ami.

It even offers itself the luxury of taking the name of a historic model from the manufacturer. Finally, as mentioned above, the electric quadricycle has diversified to appeal to both private customers and professionals. The manufacturer has even launched (successfully) on the juicy niche of limited series with the Ami Buggy. This adventurous and doorless version of the quadricycle, offered in only 50 units, sold out in less than 20 minutes.

BYD Atto 3, Han and Tang. A Chinese electric trio at the 2022 World Cup

Which corona measures apply in the holiday countries?

Citroen U55 Cityrama. The restoration of the tourist bus launched

What are the 32 countries where electronic cigarettes are banned?