The United States has approved the world’s first drug that can delay insulin dependence in people with type 1 diabetes. 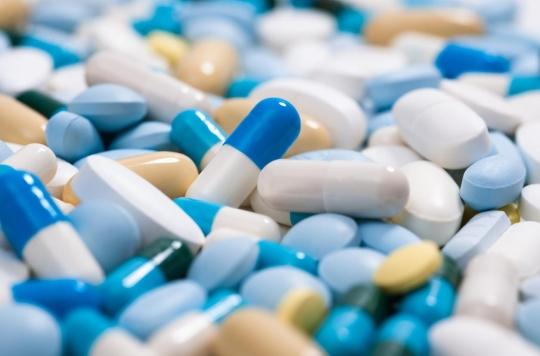 This is a major breakthrough for the treatment and prevention of type 1 diabetes: regulators at the US drug agency, the Food and Drug Administration (FDA), have approved teplizumab for patients aged eight and over .

A drug that treats the root cause of type 1 diabetes

This drug – sold as Tzield – is a type of immunotherapy that works by addressing the root cause of type 1 diabetes rather than just its symptoms. Type 1 diabetes is an unpreventable autoimmune disease that usually develops in childhood but can occur at any age, says the National Institute of Health and Medical Research (Inserm). Type 2 diabetes is mainly caused by poor diet and obesity.

With teplizumab, the body no longer attacks the pancreatic cells that produce insulin and are essential for controlling blood sugar. It is this mechanism that is at work in type 1 diabetes: an absence of insulin secretion by the pancreas.

Type 1 diabetes is dangerous for the organs

“The complications mainly concern the heart and the vessels, which are the first to be damaged by an excessive and permanent concentration of glucose in the blood. Diabetes thus leads to vascular lesions increasing the risk atherosclerosis, myocardial infarction, stroke or arteritis of the lower limbs. Diabetes also affects the small arteries that supply the kidneys, the nerves of the lower limbs and the retina – these are called microvascular complications.“, noted Inserm.

Usually, people with type 1 diabetes are forced to regularly inject insulin, a hormone that is essential for regulating blood sugar levels, particularly in muscle cells, adipocytes (fat cells) and hepatocytes (liver cells). ). The lack of this hormone prevents the body from storing sugar. It therefore entails a major risk of hyperglycaemia at the time of food intake.

This new drug can therefore help people in the early stages of the disease to gain time: up to three years, before becoming dependent on insulin injections. In the United States, it is now authorized for patients with stage two type 1 diabetes, which is when their blood sugar levels are abnormal but their body is still producing insulin. They receive a daily infusion of up to one hour for two weeks, which can help prevent more severe symptoms in stage three, when diabetes is clinically diagnosed.

“For 100 years, people with type 1 diabetes have relied on insulin to treat the disease, and today’s decision means that for the first time, the root cause of the disease – an attack on the immune system – can be fought and potentially delayed type 1 diabetes for up to three years”, said in the DailyMail Chris Askew, Managing Director of Diabetes UK, which is pushing for UK marketing authorisation.

The date of arrival of this drug in France is not yet known.

High blood pressure: this new drug could save lives

Sport: here is the best time of the day to melt fat

Diabetes: the drug Ozempic soon to be out of stock?

Cancer: a new drug could block the growth of tumors

Hypertension: taking medication would be as effective in the morning as in the evening

Medicines: should we fear a shortage this winter in France?