In phase 3 of a clinical trial, a new treatment for asthma in children is obtaining very encouraging results. 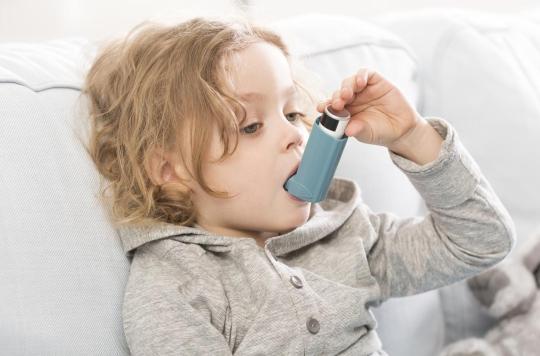 10% of children suffer from asthma according to theHealth Insurance. Among this segment of the population, it is a very frequent chronic disease which constitutes the first cause of school absenteeism. It is a respiratory pathology characterized by permanent inflammation of the bronchi. This is manifested by the occurrence of crises during which breathing becomes difficult. To relieve the children who suffer from it, it is necessary to reduce the factors that can reduce the respiratory capacity such as the quality of the indoor air. As for drug treatments, some are intended to relieve the symptoms of attacks, while the long-term treatment treats inflammation of the bronchi.

“An important step forward for children with moderate to severe asthma”

In a new study published in the journal New England Journal of Medicine, researchers have had great results in reducing symptoms in children with moderate to severe asthma with a drug called dupilumab. According to their conclusions, it would reduce the frequency of seizures and improve breathing and control of the disease in young people aged six to eleven years. “This is a really big step forward for kids with moderate to severe asthma and their families.believes Leonard Bacharier, principal researcher of the study. Although we have very good treatments for asthma, none entirely eliminates the symptoms of the most serious forms.”

A treatment that reduces severe asthma symptoms by 60%

Dupilumab is an already approved treatment for adults and adolescents. To test its effectiveness in children, the researchers conducted several clinical trials until the latter, phase 3, conducted in 408 children aged 6 to 11 years. All suffered from moderate to severe asthma. In addition to their standard treatment, some of them received dupilumab injections and others placebos every two weeks for a year. Results: Dupilumab reduced severe asthma symptoms, ie those requiring treatment, emergency care or hospitalization, by almost 60%. Another positive effect of this treatment, according to the questionnaires completed by the participants: it improved their breathing capacity as well as the control of their asthma.

The first conclusive study in children

“In children aged 6 to 11, this is the first study that has shown that such a product improves the symptoms of asthma attacks, breathing capacity as well as disease control, explains one of the authors. We weren’t surprised because dupilumab was very effective in clinical trials in adults and adolescents, but we were delighted with these results and the hope they give children and their families.”

Pursue research to include other categories of the population

The participating children were predominantly white. The scientists therefore intend to continue their research by including other categories of the population. “Ethnic diversity was limited in this trial, e.g. black children were underrepresented”, note the authors. However, they indicate that black people but also of Hispanic or Amerindian origin are very affected by this pathology.