Seniors: to be happy, be active!

Setting an early alarm clock and moving throughout the day would allow seniors to be happier. This routine is also associated with better cognitive performance. 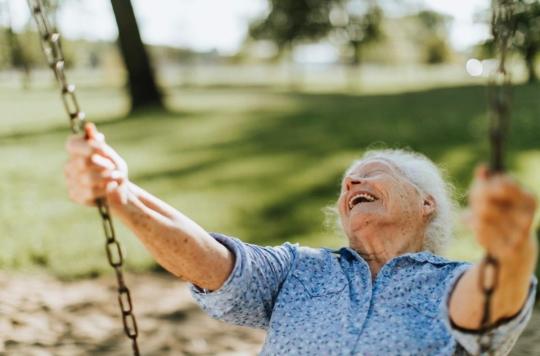 Move more to smile more. According to a study recently published in JAMA psychiatry, active seniors are happier. It’s not so much the intensity of the activity that counts, but the fact of maintaining a rhythm, ie getting up early and being active throughout the day.

As part of this study, led by Stephen Smagula, assistant professor of psychiatry and epidemiology at the University of Pittsburgh (United States), 1,800 people over the age of 65 were recruited. Participants had to wear accelerometers, motion-sensing devices often found in smartphones, on their wrists, for seven days to measure their activity. At the same time, they completed questionnaires so that scientists could identify symptoms of depression and assess their cognitive function.

Data analysis shows that 37.6% of participants got up early in the morning, remained active throughout the day and had daily routines. “Many older adults have strong habits, notes Stephen Smagula, they get up before 7 a.m. on average, they stay active for about 15 hours a day. They also tend to follow this same pattern day after day.These participants were overall happier than the others, and had better cognitive function. Another third of the participants (32.6%) also had a daily routine, but they were active for 13 hours a day on average, because ‘they got up later in the morning or went to bed earlier at night.’This group had more symptoms of depression and poorer cognition than the early risers.”, note the authors. Finally, the last third of the participants had no routine, their periods of activity were irregular during the day and sometimes different depending on the day. These adults had the highest rates of depression in the study and the worst cognitive test scores.

“People often think that the intensity of activity is important for health, but it may be the duration of activity that matters mostpoints out Stephen Smagula. It’s a different way of thinking about activity: maybe you don’t need to sprint or run a marathon, just do activities throughout the day.”

For the lead author of this study, the relationship between mental health and activity patterns probably goes both ways: depression or cognitive impairment can make it harder to follow a routine, and conversely, a rhythm Disturbed activity can aggravate depressive symptoms. With his team, he works on intervention models to improve the mental health of the elderly, by offering them different types of routine. But he is already formulating advice for seniors: get up and go to bed at the same times every day. “You also need to have a realistic plan to stay active all day, he believes. It can be very difficult, especially if you are in pain or recovering from an injury, so it is important to be reasonable with yourself.“, he added.

What if household chores could prevent dementia?

Reading and sleeping: the essentials of senior health

Senior: a few seconds of intense physical exercise can change everything

Covid-19: the impact of infection on work performance is real

Senior: reading and running, essential for their cognitive health

Senior: a glass of wine a day reduces the risk of depression

Senior: continue to drive, to live longer in good health