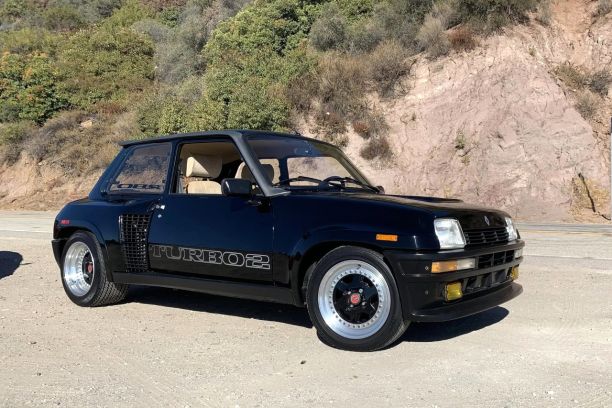 This Renault 5 Turbo 2 has just found a buyer for the equivalent of €147,000 in the United States.

In Los Angeles, California (USA), a Renault 5 Turbo has just been auctioned on the site Bring A Trailer for $156,000, or approximately €147,000, proof that the legendary diamond sports car has not finished panicking the counters of collectors, even speculators. You suspect it, the copy in question here is a particularly rare versionespecially since the R5 Turbo do not run the streets in the United States.

A rare road-going Group B Turbo

The car of the day is a black Renault 5 Turbo 2 type 8221 from 1985, a road model of which only 200 were produced with a view to homologating the car for Group B rallying. It differs from the standard Turbo 2 by its more powerful engine, thanks to a cylinder capacity of 1,397 cm3 at 1432cm3as well as its weight-saving aluminum roof.

The car crossed the Atlantic in 1985 and belonged to the late Bruce Brown, documentary filmmaker to whom we owe the film The Endless Summer who immersed himself in the culture of surfing in 1966. It was stored a little over 20 years ago, and only saw the light of day again in 2020 when it was acquired by the person who has just parted with it.

Meteoric rise for the rating of the R5 Turbo

Before putting it up for auction, the seller of the car refurbished the brake and injection circuits, replaced the spark plugs and fluids, and repaired the car radio. The counter shows 32,138 miles, or 51,721 km.