Poliovirus, the virus that causes poliomyelitis, is circulating again in several countries. According to researchers, France could also be affected by this resurgence of cases. 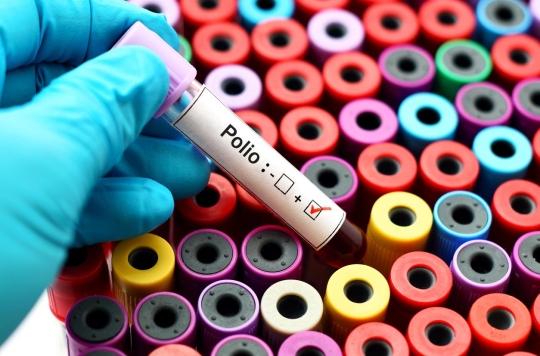 She had been missing for almost ten years. Poliomyelitis, which mainly affects children under 5, has recently reappeared. Poliovirus, the virus responsible for this highly contagious disease, was detected in samples of wastewater from a London sewage treatment plant in late June.

A month later, a 20-year-old man from New York State tested positive for polio. According to the media CNN, the patient, who had not benefited from a vaccine, suffered from partial paralysis (more precisely in the legs), at the end of July. As a reminder, poliomyelitis invades the nervous system. “One in 200 infections results in irreversible paralysis. Among paralyzed subjects, 5-10% die when their respiratory muscles stop working,” noted the World Health Organization (WHO).

On August 12, New York health authorities reported that the polio virus had also been identified in the city’s sewage. “The risk for the inhabitants is real, but to fight against this disease, it’s very simple: you have to get vaccinated. With polio circulating, there is simply nothing more essential than vaccinating children. to protect them from this virus, and if you are an unvaccinated or not fully vaccinated adult, choose now to do so. Polio is preventable and its recurrence should inspire us all to take action.” said Ashwin Vasanin charge of health at the town hall.

The virus was not only discovered in the UK and the US. In Israel, a case of poliomyelitis was reported last March. It was a 4 year old boy. Since then, nine children have tested positive for polio. Among them, eight young patients are asymptomatic.

A possible resurgence of polio cases in France?

At the end of June, Public Health France specifies that the country benefits from very high vaccination coverage against poliomyelitis. “99% for the primary vaccination and 96% for the booster in infants in 2019. This excellent coverage is reassuring”, can we read in his bulletin.

However, it is not impossible that the virus will return to France, according to researchers. “We are not immune to cases in France. A chain of transmission can quite well be put in place”, declared, at ParisianMaël Bessaud, specialist in the subject at the Institut Pasteur.

According to the daily, the ANRS, the new agency for the fight against infectious diseases, will bring together a group of poliomyelitis experts after August 15 to look into the different actions to be put in place. “We must bring together researchers, take stock of the state of knowledge, think about possible research protocols. This may not be useful, but we cannot take the risk of not anticipating. An alert, it’s an alert!”, explained Yazdan Yazdanpanah, professor of medicine at the head of the agency.

Human Circovirus 1: a new virus that attacks the liver has been discovered

Modified herpes virus could be effective in fighting cancer

What is this new HIV-like virus “about to spread” to humans?