Pregnancy: drinking coffee increases the risk of having smaller children 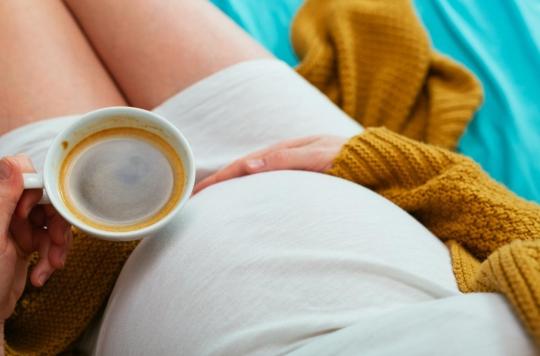 “Consuming high amounts of coffee during pregnancy is linked to reduced birth size, but potential associations with infant growth are unclear,” American scientists said. To examine the link between pregnant women’s coffee consumption and child growth, they conducted a study published in the journal JAMA Network Open.

As part of this work, the researchers analyzed two cohorts. The first research, carried out between 2009 and 2013, included expectant mothers who consumed little coffee (less than 50 mg per day). As for the second, which was carried out between 1959 and 1965, it was conducted among pregnant women who drank about two cups of coffee a day. “Concentrations of caffeine and its main metabolite, paraxanthine, were quantified in plasma and blood collected during the first trimester”, the team said. She also measured the height of the participants’ children at ages 4 to 8.

According to the results, at the age of 4 to 8 years, children of women with high coffee consumption during pregnancy were smaller than infants whose mothers drank little coffee during gestation. The gap widened with each successive year of age (-0.16 and -0.37 at ages 4 and 8, respectively). “At ages 5 to 8, slight weight reductions were observed in children whose mothers drank a lot of coffee,” can we read in the study.

“Although the clinical implications are unclear for the relatively small differences observed, these results suggest that low daily caffeine intake by the mother was associated with shorter height in their offspring that persists through childhood.”the authors concluded.

Pregnancy: complications linked to a greater risk of heart disease

Pregnancy: suffering from migraine increases the risk of complications

Fatty liver disease: this drink reduces the risk of diabetics

Breast cancer: pregnancy does not increase the risk of recurrence

Pregnancy: antidepressants do not put the baby at risk