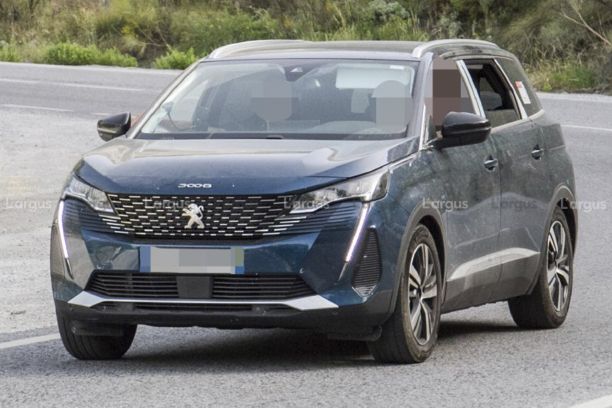 Banal in appearance, this second-generation 5008 is actually a development prototype for the mild hybridization version of this large SUV.

With its third row of seats, the current Peugeot 5008 has never been able to benefit from a plug-in hybrid version. But photos reveal that it will soon benefit from lighter electrification, developed with Punch Powertrain on the basis of the new 1.2 PureTech 136 hp.

For engineers, adding hybridization to a seven-seater vehicle can quickly become a headache. Unlike the 3008 and 508, the 5008 is thus deprived of any mains rechargeable version. Peugeot has not found a way to install a space-saving battery without sacrificing the last row of retractable seats. But to lower the CO2 emissions of this already imposing SUV, the Lion is now working on another solution. This time it will take the form of a light hybridization, planned for 2023 and developed as part of a joint venture with the equipment manufacturer Punch Powertrain. As for the 3008, a prototype equipped with this technology has just been surprised in the south of Spain.

The automatic gearbox with converter and eight reports of origin Aisin will be abandoned at the same time. The 21 kW electric motor will indeed be integrated into an innovative transmission designed by Punch Powertrain and manufactured in France, in Metz. The argus has explained to you several times how it works, quite different from that of the EDC, DSG or other DKGs, although it also has two clutches. It will be associated here with a new generation of the 1.2 PureTech. With now 136 hp and 230 Nm, this three-cylinder will be equipped with a Miller cycle to reduce consumption, a timing chain instead of the belt or even a variable geometry turbo. But it is above all in use that we will know if Peugeot was right to go to this somewhat special box. Knowing that the brand will also have to take care to keep prices competitive in the face of more advanced hybridizations, such as that which will be offered by Renault on the future Austral 7-seater.

Anxiety: is it possible to pass it on to your children?