Cannabis users suffering from heart rhythm disorders would have a much higher risk of death than users without arrhythmia. 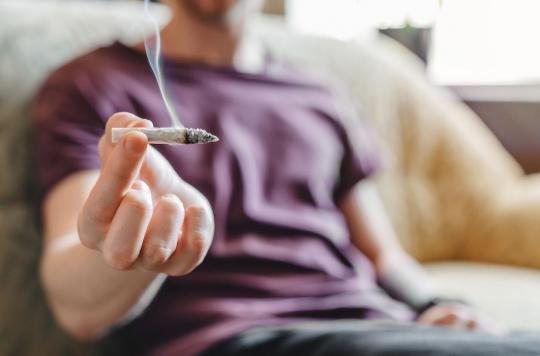 People with cardiac arrhythmia who use cannabis have a 4.5 times higher risk of death in hospital than those without arrhythmia, according to a study presented at EHRA 2021an online scientific congress of the European Society of Cardiology (ESC) which takes place until Sunday 25 April. The researchers wanted to assess the impact of cannabis use on patients with heart disease. To do this, they analyzed data from 2,457,544 adults who consumed this substance and had been hospitalized between 2016 and 2018. Of these, 187,825 – or 7.6% – suffered from an arrhythmia. “People should be aware of this adverse effect and exercise caution when consuming cannabis if they suffer from a heart condition”, emphasizes Sittinun Thangjui, one of the authors of the study.

Arrhythmia is a disturbance of the normal heart rhythm, in its frequency and in its regularity. There are several types of arrhythmias, very different in terms of their impact on the functioning of the heart. The people analyzed during this study mainly suffered from atrial fibrillation, a heart disorder that can be responsible for palpitations. Then, some had an abnormally slow heart rate or, conversely, too fast. Until now, knowledge about the effects of cannabis use in these patients was limited.

Cannabis, a substance also called marijuana, contains an active hallucinogenic ingredient, tetrahydrocannabinol, or THC. It is found in three forms: dried grass, resin and oil. The first two are smoked while the third is more generally consumed with a pipe. Its effects include a phase of euphoria, then ecstatic and finally sleep. In France, cannabis is considered a narcotic, making its consumption condemnable. However, French Observatory for Drugs and Drug Addiction estimates that there are five million users with at least one intake in the year, including 1.5 million who use regularly.

A high risk of mortality and longer hospital stays

During their work, the scientists separated cannabis-using patients into two groups: those with arrhythmia – who were older – and those without heart problems. On average, they were respectively 50.5 years old against 38.8 years old. Thus, the researchers were able to analyze the deaths that occurred in hospital in each of these two groups and compare them. According to their results, cannabis users with arrhythmia had a 4.5 times higher risk of in-hospital death than those without arrhythmia. In addition, these patients were also hospitalized longer: 5.7 days against 5.1 days for those without heart problems. “Our study highlights that heart rhythm disorders can warn of a greater risk of death in people who use cannabis, explains Sittinun Thangjui. Further studies will be needed to confirm our results. In the meantime, it seems sensible to screen these patients for arrhythmias when they present to hospital so that those with a heart rhythm problem can be further monitored.”

Last year, in the review Trafficthe American Heart Association was already pointing out the harmful effects of cannabis consumption on the heart, lungs and blood vessels. A public health issue since 45% of French people aged 18 to 64 have already experienced this substance at least once.