For the years 2023 and 2024, the European Union could order up to two million monkeypox vaccines. 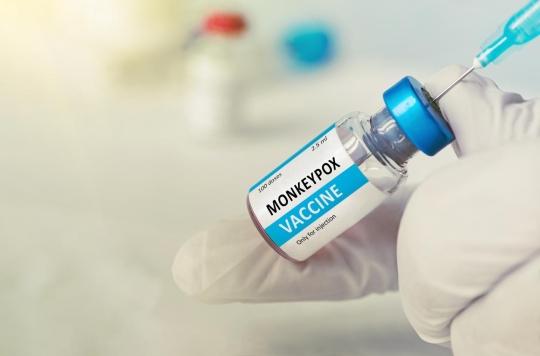 2 million is the maximum number of monkeypox vaccines that the HERAthe European health emergency preparedness and response authority, could order for the years 2023 and 2024 from Bavarian Nordic, according to a communicated from the laboratory. Indeed, the document explains that HERA and the Bavarian Nordic laboratory have signed a supply agreement for the next two years. “for the supply of up to 2 million doses” Imvanex monkeypox vaccine.

For now, this vaccine is the the only one that has been approved against monkeypox by the European Medicines Agency (AEM). Thus, with this contract between HERA and the laboratory, the member countries of the European Union, as well as those of the European Economic Area and the Balkans will be able to buy the serum in 2023 and 2024.

Since last June, 330,000 doses have already been ordered by HERA and distributed to Member States during the year 2022. According to Bavarian Nordic, “14 eligible countries” would have already confirmed the number of vaccines desired for next year, which brings the first pre-order to “approximately 700,000 doses in total to be delivered in 2023”.

According to update published on November 15 by Public Health France“4,104 confirmed cases of infection with the Monkeypox virus have been identified in France, i.e. 7 additional cases since the assessment of November 1”. In detail, it is stated that “the vast majority of confirmed adult cases identified [au 15 novembre] are male and 108 cases over 15 years (2.6%) are female. (…) Twelve (0.29%) children under the age of 15 have been reported as confirmed cases since May 2022. (…)”.

So far, of all people infected with the virus, “no deaths have been reported”. Another plus point:Since the peak of contamination reached at the end of June/beginning of July, the number of confirmed cases has decreased. However, we must remain cautious because improving knowledge of the disease can reduce the need for treatment by the best-informed populations.”. The maximum health alert level on monkeypox, which had been decided by the Emergency Committee of the World Health Organization (WHO), was also maintained on November 1.

This agreement between HERA and the laboratory therefore aims to avoid a resurgence of cases of monkeypox in the months to come, in particular for populations most at riskensuring a sufficient number of vaccines.

Vaccination: pharmacists can now give you these injections

Monkeypox: mutations undermine the effectiveness of vaccines and treatments

Breast cancer: a new vaccine could be effective in treating it

Influenza vaccine: it would reduce the risk of stroke

Covid-19: the symptoms evolve according to the variants and the vaccination schedule

Monkey pox: “there are still reasons to worry” warns the WHO

Malaria: the challenge of vaccines in Africa