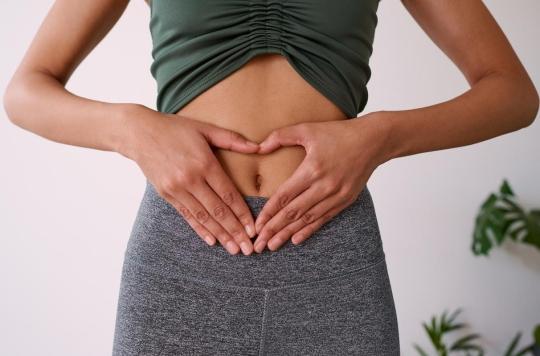 In 2015, 212,700 people were treated for chronic inflammatory bowel disease (IBD) in France, according to National Institute of Health and Medical Research (Inserm). Among them, 60% suffered from Crohn’s disease and 40% from ulcerative colitis. These pathologies are characterized by the inflammation of the wall of a part of the digestive tract, due to a deregulation of the immune system, and evolve by inflammatory attacks.

Currently, there is no treatment to cure these diseases. The only solutions offered to patients are drugs that allow the control of these pathologies and a satisfactory quality of life outside of flare-ups. But, according to a study published in the journal Science Advances, researchers are on the trail of a new treatment. They called it “backpack” probiotics.

These are nanoparticles that act as protective barriers for the good bacteria in the intestine. Their role is therefore to protect them so that they can survive – and therefore reproduce – in the intestine even when they come into contact with stomach acids and other microbes that usually destroy them. With these nanoparticles, the molecules responsible for IBD would be neutralized because the good bacteria could fully play their role.

IBD symptoms have been reduced thanks to nanoparticles

To achieve this result, the researchers tested their nanoparticles with the bacteria Escherichia coli (E. coli) “Nissle 1917”, a must in terms of probiotics. The experiments were conducted on mice which, like humans, typically lose weight and have a shortened colon when they have IBD. It is therefore by measuring these two elements that the scientists have evaluated the effectiveness of their treatment. Result: the rodents which received a complete treatment lost less weight and had a less significant shortening of their colon, compared to the mice which did not receive treatment or not in a complete way.

Concretely, the treatment developed by the researchers comes in the form of a pill, which patients could take orally. It is therefore much less invasive than the final stage of treatment for ulcerative colitis: partial or total removal of the colon.

The aim of the scientists was to find a treatment that could be effective at all stages of the disease, which seems to be the case at this stage of the research. Nevertheless, other experiments will have to be carried out, in particular on humans, before this pill is validated and marketed. In the future, the researchers intend to continue their work to see if these nanoparticles could also work with other species of probiotic bacteria and to estimate the potential adverse effects of their treatment.

Lung disease: gardening on the ground would increase your risks

Vitiligo: soon an effective treatment to repigment the skin

Bronchiolitis: a preventive treatment has been approved by the EU

Nightmares: music could turn them into positive dreams

Obesity: sand, a possible remedy to fight against excess fat?