In seniors, long naps may be an early sign of dementia

People who take long naps during the day are more likely to suffer from dementia or Alzheimer’s disease in the future. 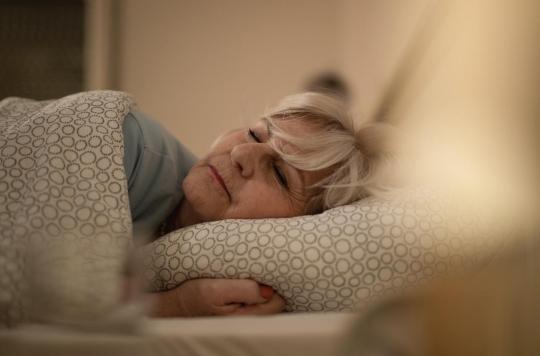 In France, 1.2 million people have Alzheimer’s disease according to health insurance. This pathology is due to the degeneration of neurons in the brain and is characterized by various symptoms: memory disorders, the execution of simple gestures, orientation in time and space as well as cognitive functions. Some patients also experience sleep disturbance. The latter is also very important for many neurodegenerative pathologies. Indeed, according to a study published in the journal Alzheimer’s and Dementia: The Journal of the Alzheimer’s Associationpeople who suffer from excessive daytime sleepiness are more likely to suffer from dementia and Alzheimer’s disease.

Daytime sleepiness, or the urge to sleep in the middle of the day

Daytime sleepiness is a classic phenomenon with aging. This is a problem suffered by some people – often elderly – who tend to doze off in the middle of the day. When they are young and active, and therefore cannot take as many naps as they need, they often have to fight against this urge to sleep. In general, daytime sleepiness is attributed to having to compensate for poor nighttime sleep. But, this is not the theory of the researchers.

According to the researchers, in some cases, daytime sleepiness can be a harbinger of future dementia such as Alzheimer’s disease. And, once the diagnosis is made, this need for sleep would increase further over the years.

To arrive at this result, the scientists analyzed data from 1,401 elderly people, who were on average 81 years old and about three-quarters of whom were women. They were followed for several years, until they were 14 years old. All of these participants continuously wore a smartwatch-like device that recorded their activity for about 14 days a year. At the same time, they also did neuropsychological tests to assess the evolution of their cognitive abilities. At the start of the study, 75.7% of participants had no cognitive impairment, 19.5% had mild and 4.1% suffered from Alzheimer’s disease.

The researchers therefore tried to understand whether sleep also had a link before the development of the disease. Thus, they observed that participants who took naps of more than an hour a day before being sick had a 40% higher risk of developing Alzheimer’s disease compared to those who took naps less than an hour. hour a day. In addition, those who took a nap at least once a day also had a 40% higher risk of developing this pathology compared to those who took a nap less than once a day.