Five days before World Asthma Day, a study found that non-allergic asthma patients, those with long-lasting disease or taking corticosteroids, were more likely to become obese than non-allergic adults. suffering from this respiratory pathology. 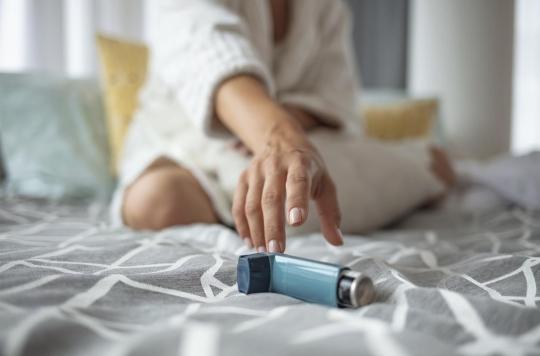 “Obesity is a known risk factor for asthma. Although there is some evidence that asthma causes obesity in children, the link between asthma and obesity has not been studied in children. adults”, said an international group of scientists. This is why the researchers decided to carry out a study, whose the results were published in the journal Thoraxto examine the long-term effects of asthma on the development of obesity in adults.

For the purposes of their work, the team analyzed data from the European Community Respiratory Health Survey (ECRHS), a cohort conducted in 11 European countries and Australia between 1990 and 2014. Information from more than 12,500 people was collected in three waves and with follow-up visits at approximately 10-year intervals. Data was collected through questionnaires, lung function tests and measurements taken to determine participants’ body mass index and asthma characteristics. “We examined the impact of atopy and asthma medications on the development of obesity,” the authors said.

According to the results, 9% of adults with asthma who participated in the first follow-up became obese and 15% of volunteers with asthma developed obesity during the second follow-up. According to the scientists, the risk of being affected by obesity was higher in asthmatics than in non-asthmatics and particularly higher in non-atopics, whose disease duration was longer and those taking corticosteroids.

“A potential explanation for asthma-associated weight gain could be reduced physical activity in asthmatic patients. However, our results do not support this hypothesis, since physical activity levels in our study did not did not affect the observed association”, said Judith Garcia-Aymerich, author of the study, in a statement.

Asthma: why do some patients respond poorly to treatment?

Sleep apnea: losing weight makes it possible to do without treatment