Heart health can suffer from the stress of student loan repayment

Young people who borrowed money to finance their studies, and who did not repay their debts between young adulthood and their early 40s, are more likely to develop heart disease, according to a recent study. study. 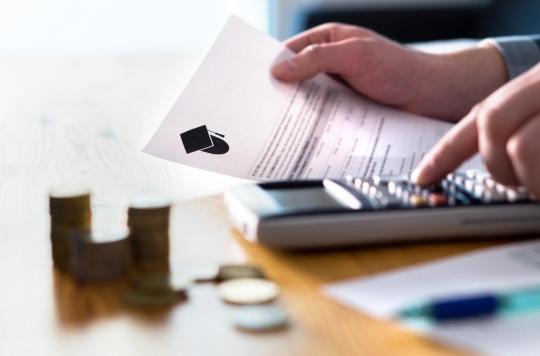 “Student loans have become common among young adults and are correlated with poor physical and mental health. How the accumulation or repayment of student debt is associated with cardiovascular risks and chronic inflammation is unclear. “, said Adam M. Lippert, professor at the University of Colorado in Denver (United States). This is why he decided to carry out work, published in the journal American Journal of Preventive Medicinewith two other American researchers.

An analysis of the cardiovascular health of 4,193 people

In order to carry out their study, the scientists looked at a nationwide cohort of American youth and adult health. Information from 20,745 teenagers was collected during the 1994-1995 school year. The authors then interviewed the students when they were aged 18 to 26 and 22 to 44. Then, they assessed biological measures of cardiovascular health in 4,193 people using the Framingham model. It is a risk score for cardiovascular disease, which takes into account sex, age, blood pressure, antihypertensive treatment, smoking, diabetes and body mass index to measure the likelihood of develop heart disease within the next 30 years of life. The researchers also analyzed levels of C-reactive protein, a biomarker of chronic or systemic inflammation.

Students with debt have a higher risk of heart disease

According to the results, more than a third of the participants said they had no student debt, while 12% had paid off their loans, 28% had taken on debt and 24% were constantly in debt. According to the authors, the higher risks of cardiovascular disease and C-reactive protein were observed in students who went into debt or were constantly in debt between young adulthood and their early 40s. “If nothing is done to reduce the cost of college education and clear outstanding debt, the health consequences of rising student loan debt are likely to worsen,” said Adam M. Lippert, lead author of the study, in a statement.

Indre-et-Loire: students attacked by the Asian hornet during recess

7 out of 10 midwifery students suffer from depression

Compulsory return to school: teachers in the “fuzzy”

Coronavirus and heart damage: how the virus affects patients’ hearts

The link between “yo-yo” diets and heart risk confirmed