Hazing: Rituals don’t really help students bond with each other

Hazing and initiation rites do not contribute to strengthening the social bond between members of student groups. This has been observed by researchers in student fraternities in the United States. 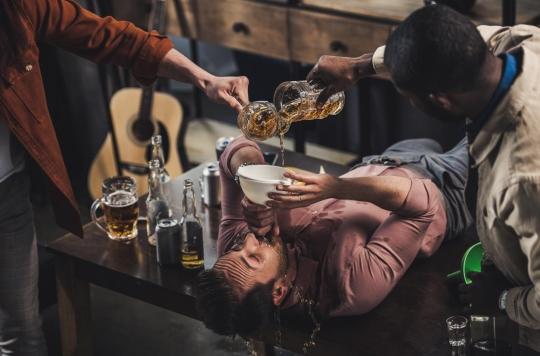 In the United States, fraternities and sororities allow young freshmen and female students to become part of an extended network of acquaintances. Gathered around a base of common values, generally solidarity, mutual aid, commitment, they are however sometimes marred by scandals, in particular about hazings which turn into drama.

The real link builder is fun

These initiation rituals can range from various playful chores to sleep deprivation or humiliation and often include extreme alcohol consumption. While it has long been assumed that they engender solidarity among members by proving their devotion to the group, they may not be the best social cement, according to a new study published in the journal Evolution and Human Behavior.

Kent State University researchers had unfiltered access to six groups of students who participated in a 10-week fraternity onboarding process. They report that hazing has not strengthened group solidarity, especially when it takes the form of mental or physical violence. According to them, extreme hazing rituals are above all effective in putting aside less engaged hazings. However, they still fail to make the remaining pledges feel connected to the group. It is “fun” that seems to create the real bond between the members of the fraternity.

The authors of the study emphasize that research on the subject of solidarity within student groups needs to be deepened and that different angles need to be tested. However, they note that fraternity leaders should consider replacing potentially harmful hazing activities with more “fun” socializing events.

Indre-et-Loire: students attacked by the Asian hornet during recess

7 out of 10 midwifery students suffer from depression

Heart health can suffer from the stress of student loan repayment

Compulsory return to school: teachers in the “fuzzy”

School bullying: how to react and help the victims?

Schools: why does the health protocol not satisfy anyone?