Fiat Panda. The career of the city car extended until 2026? 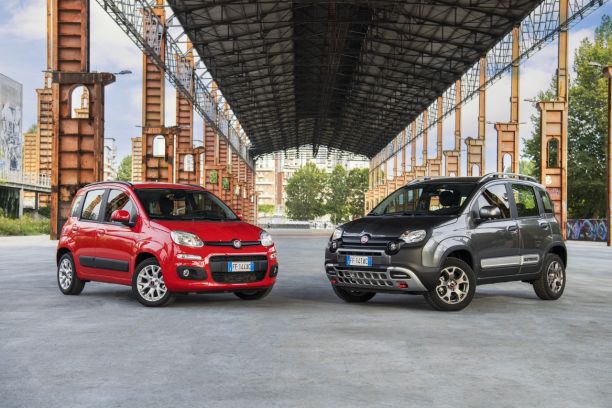 The current Fiat Panda could last until 2026.

Fiat would plan to extend production of the current Panda until 2026, still at the Italian plant in Pomigliano d’Arco, alongside the Alfa Romeo Tonale. The low-cost city car would therefore last for some time alongside its future electric replacement, at a higher price.

How to start a transition to all-electric – expensive to set up – without losing customers because of higher prices and the lack of charging infrastructure? Doing to continue an old generation thermal model alongside its electric replacement for a few years. This strategy, several manufacturers, from Renault to Porsche to name a few, are discreetly implementing it. Fiat should do the same with the current Panda, which is its entry level.

An affordable small car to keep

The third and current generation of Fiat Panda has been on the market since the end of 2011. According to the unions at the Pomigliano d’Arco factory in Italy, where it is assembled, it will be kept in the catalog until 2026. It could therefore to be the ultimate Fiat with a combustion engine (micro-hybrid recently) in Europe, the Turin-based manufacturer planning to become 100% electric in 2027 on the Old Continent. All the brands of the Stellantis group, to which Fiat belongs, will go to “zero emissions” by the end of the decade on the European market.

At the 2019 Geneva Motor Show, Fiat presented the Centoventi concept car, announcing a family of electric models intended both to replace the Panda and to give descent to the Punto by positioning itself in the B segment. new range, a small SUV, is due to go into production in 2023 in Poland. But, 100% electric architecture requires, its price will be significantly higher than the €12,290 currently claimed by a basic Panda.

TO READ. Stellantis. Carlos Tavares alert on the price of electric cars

The Panda produced alongside Tonale

More than ten years after its launch, the third Panda of the name still finds its audience. In 2021 she ranked 21and position of the best-selling cars in Europe with 132,227 units sold according to the JATO institute, which is a little better than the Volkswagen T-Cross and Hyundai Kona for example, and even far ahead of the Skoda Fabia and Toyota Aygo, that it competes more directly. No question therefore for Fiat to abandon it anytime soon. It will have to be given some space on the assembly lines alongside the Alfa Romeo Tonale, which goes into production in the same factory and marks the brand’s return to biscione at its historic industrial site in Pomigliano d’Arco.

Watching a video in the car: is it legal?

Government. What should be his priorities for the car?

Schizophrenia and professional career are not incompatible