In one study, British and Swedish researchers suggested that eating more fatty fish could reduce the risk of developing asthma in children. 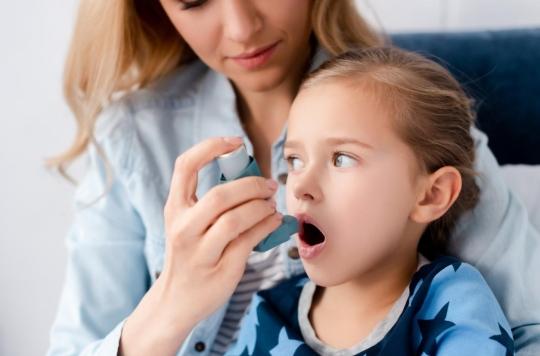 10%. This is the proportion of children who suffer from asthma in France. In toddlers, this pathology is the most common chronic disease and the leading cause of school absenteeism. It is manifested by seizures during which the child has difficulty breathing. “There has been a very clear increase since 2004 in the number of hospitalizations for asthma in boys (+ 3.0% per year) as in girls (+ 2.7% per year)”, says health insurance. According to a study published in the journal European Respiratory Journalon September 2, getting children to eat more oily fish could help protect them from this respiratory disease.

“The data on the link between dietary intake of polyunsaturated fatty acids (omega-3 fatty acids), i.e. eicosapentaenoic acid (EPA) and docosahexaenoic acid (DHA), and the risk of ‘asthma in children are rare’, noted the British and Swedish scientists who led the work. Based on this observation, the researchers wanted to determine whether a higher intake of omega-3 fatty acids, which are found in fatty fish (salmon, mackerel and sardines), during childhood was associated with a higher risk. low asthma.

To carry out their work, they analyzed a survey called the “Avon Longitudinal Study of Parents and Children” which included 4,500 children. This report looked at meal frequency at age 7. After their analysis, the scientists suggested that a higher consumption of polyunsaturated fatty acids, from oily fish, during childhood was strongly associated with a lower risk of asthma until adolescence.

World Asthma Day: how to better control it