Each week, they would lose between 2.5 and 3.5 hours of sleep because of difficulty falling asleep or untimely awakenings. 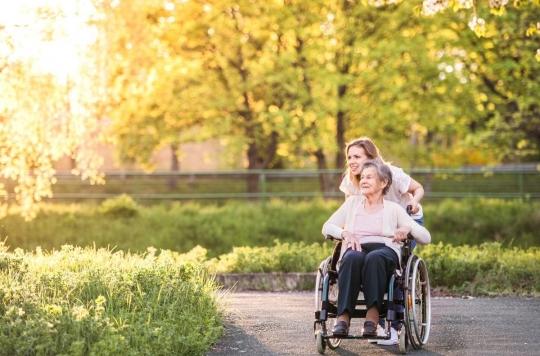 Nearly 11 million people help a sick, disabled or dependent loved one in France. This situation can generate anxieties or concerns that have health consequences. According to a study from Baylor University in the United States, caregivers lose between 2.5 and 3.5 hours of sleep per week, compared to the rest of the population.

The researchers analyzed 35 studies to obtain a sample size of more than 3,200 caregivers caring for a loved one with dementia. In addition to fewer hours of sleep each week, they reported having poorer quality nights compared to non-caregivers. Some had difficulty falling asleep and others staying asleep. “Losing 3.5 hours of sleep per week does not seem like much, analyzes Chenu Gao, one of the authors of the study, but caregivers often accumulate a sleep deficit over several years.” According to her, this can have consequences on their health but also on their ability to support their loved one. “Perhaps a caregiver might forget a medication or react with more emotions than usual,” says co-author Michael Scullin.

Solutions to improve the quality of sleep

By focusing on different criteria, such as physical exercise or alcohol consumption in the evening, the researchers found several ways to improve caregivers’ sleep. Simple daily changes have a direct effect on the quality of nights: creating a bedtime routine, doing some physical exercise or exposing yourself to natural light in the morning. According to Chenu Gao, doctors must also take into account this degraded sleep of carers: “health professionals should think about interventions not only intended for the patient but also for his spouse, his child or his friend who helps him .” Ultimately, giving more importance to the role of caregivers will be necessary. The number of dependent people is expected to increase further in the years to come. The Department of Research, Studies, Evaluation and Statistics already estimates that the number of caregivers will reach 2.3 million in 2060. They were 1.1 million in 2010.