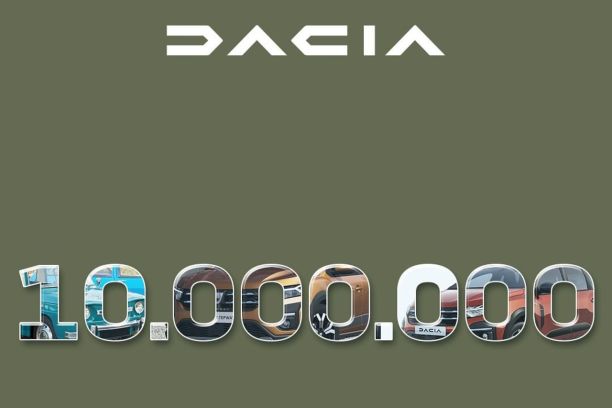 10 million Dacia vehicles have been produced.

10 million vehicles badged Dacia have left the factory since the beginning of the manufacturer in 1966. To these can be added the Dacias sold under the Renault brand in certain countries, the Romanian firm belonging to the French group since 1999.

10 million Dacias have been produced since the brand was created in 1966. The Romanian manufacturer, a “low cost” subsidiary of the Renault group, has just announced it when it has never done so well commercially, particularly in Europe. As some of the firm’s models are sold with the Renault badge on certain markets, it should be noted that today’s announcement concerns exclusively cars bearing the Dacia brand. The milestone of 10 million Renault group “Global Access” (low-cost) vehicles sold was reached in October 2017, i.e. 13 years after the launch of this program with the first Dacia Logan.

From Renault to Dacia

Dacias have always been based on Renault models, with the exception of the first Duster of the 1980s which was none other than a rebadged ARO 10 and the 100% Romanian Nova of 1995. But if the company was initially content to build Renaults under license, it gradually broke away from the French manufacturer in terms of design. So the original 1968 Dacia 1100 was just a clone of the R8, but the 1990s 1307 pick-up had little to do with the R12 from which it was derived. In 2004, Dacia began a complete renewal with the Logan, five years after its integration into the Renault group. Since then, the brand’s vehicles have used Renault platforms while having their own stylistic identity.

TO HAVE. All the Dacias in pictures

Dacia’s historic factory in Mioveni alone produced more than 7 million vehicles. This is where the Dacia 1300, “cousin” of the Renault 12, came from, selling nearly 2 million units between 1969 and 2004 if we count all its derivatives. In the meantime, the bar of 2 million Dacia produced in Mioveni was crossed in 1998. Today, Dacia badged cars also come from Morocco, Algeria and China. The extension of the range in 2025 with the large Bigster SUV should further accelerate Dacia’s production rate in the years to come.

TO READ. Dacia. Where are the Romanian manufacturer’s models produced?

Dacia 1.0 Eco-G. Return of LPG on the Sandero, Jogger and Duster

Essential oils: with which plants are they produced?

Dacia Spring. The 2022 prices and range in detail

Prices and equipment of the Dacia Sandero and Sandero Stepway 2022

Essential oils: how are they produced?

New face for the Dacia Spring, Sandero, Jogger and Duster (2022)