Alzheimer’s: a link with air pollution?

In a study published in The Lancet, French researchers demonstrate that exposure to three pollutants linked to road traffic is linked to a lower level of cognitive performance. 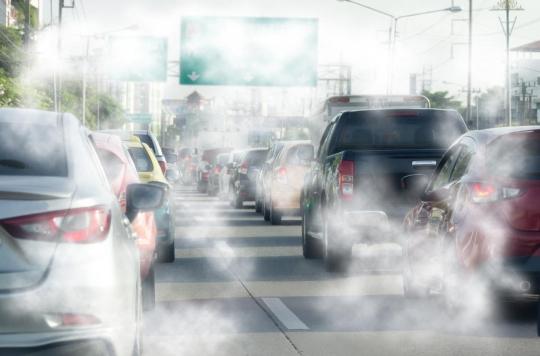 Pollution, even at low levels, is not only harmful to our lungs or our cardiovascular health: it is also a risk factor for neurodegenerative diseases.

This is highlighted by a study conducted by researchers from Inserm, the University of Rennes 1 and the School of Advanced Studies in Public Health (EHESP) at Irset. In The Lancet Planetary Healththey demonstrate the impact on health and cognitive performance of three pollutants linked to road traffic: fine particles with a diameter of less than 2.5 microns (PM2.5), nitrogen dioxide (NO2) and soot carbon .

This work is not the first to link air pollution and neurodegenerative pathologies. For several years now, air pollution has been recognized as a risk factor for dementia. But until now, no study had looked simultaneously at several types of pollutants and their respective potential effects on the different areas of cognition.

This is why the researchers used data from more than 61,000 participants from the Constances epidemiological cohort, aged 45 and over.

To measure each participant’s exposure to pollution, the research team used so-called “exposure” maps which estimate the concentration of the three pollutants at the home address by taking into account several variables such as the density of the road traffic and proximity of home to roads.

A decrease of up to 5% in cognitive performance

By cross-referencing the results of the cognitive tests with the level of exposure to the three air pollutants, the researchers found that exposure to large concentrations of the three pollutants was significantly associated with a lower level of performance in the three cognitive domains studied. . For the most exposed participants, a difference ranging from 1 to nearly 5% in the cognitive performance score compared to the less exposed participants was even observed.

“The next step in our research is to observe the evolution over time of the cognitive functions of these adults, in order to see if exposure to pollution is also associated with a decline in cognitive functioning over time, a decline that may reflect the first signs of dementia, both Alzheimer’s disease and other forms of dementia in the elderly”concludes the researcher.