Alzheimer’s: a discovery gives hope for a new therapeutic avenue 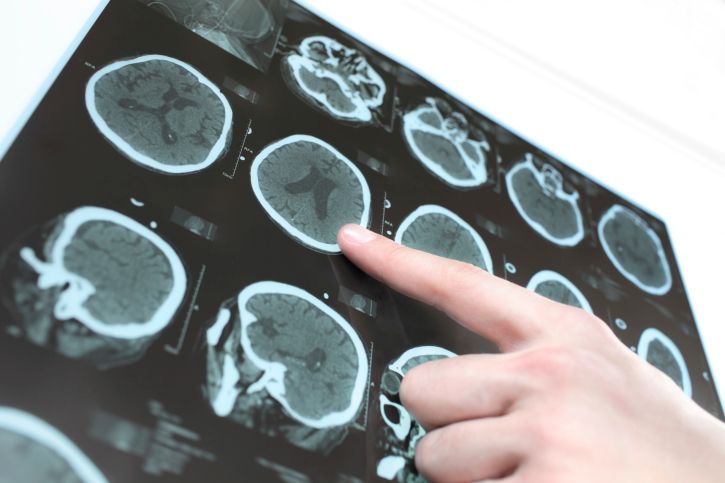 A new mechanism that could partly explain the onset of Alzheimer’s disease has just been revealed by researchers at Duke University (United States). Published in the Journal of Neuroscience this April 14, their study focuses on arginine, an essential amino acid present in meat, fish and dairy products, which we use to produce proteins.

For this research, the scientists used mice genetically modified so that their immune system resembles ours. Like the other rodents used, these mice developed Alzheimer’s disease with the same characteristics (protein plaques, neurofibrillary degeneration, loss of neurons, memory loss, etc.).

The gradual emergence of these symptoms in these animals allowed researchers to study their brains long enough to see how the disease began, explains Dr. Matthew Kan, co-author of the study. By studying the abnormalities of the immune system of these mouse, they noticed that certain key immune cells residing in the brain, the microgliocytes, began to divide and evolve at an early stage of the disease. The microgliocytes of these sick mice produced an enzyme, arginase, capable of degrading arginine, the precious amino acid present in regions of the brain linked to memory.

Thus, “if the destruction of arginine is so important in the mechanism of the disease, it might be possible, in [l’empêchant] to reverse this pathology,” says Dr. Carol Colton, professor of neurology at Duke University and co-author of the study.

An anti-cancer drug to neutralize the enzyme arginase

To prevent this abnormal destruction of arginine, the researchers neutralized the enzyme arginase produced by microgliocytes with an anti-cancer drug called DFMO. Given to mice before the first symptoms of the disease appeared, it did reduce the protein plaques developed in their brains. The mice also performed better on memory tests.

“All this suggests to us is that by blocking this process of arginine reduction we can protect mice at least from Alzheimer’s disease”, emphasizes Dr. Kan. Already tested in humans in the treatment of certain cancers, the DFMO molecule has never yet been evaluated as a potential therapy against Alzheimer’s.

Researchers are now studying the effect of this drug in mice after the onset of symptoms related to Alzheimer’s disease, to see if it could reverse them.

If it is tempting to think that eating more arginine compensates for its destruction and prevents Alzheimer’s disease, Dr. Colton advises against this practice. The brain is indeed protected by a protective barrier which determines the amount of arginine that can enter it.

Alzheimer’s: a mouse has neurons transplanted into the brain

Alzheimer’s: towards a new insulin treatment?

Alzheimer’s: a diagnosis that doctors sometimes keep to themselves

An antidiabetic drug effective against Alzheimer’s

Too much television increases the risk of Alzheimer’s