Certain behaviors can promote the development of Alzheimer’s disease… Here are the ones. 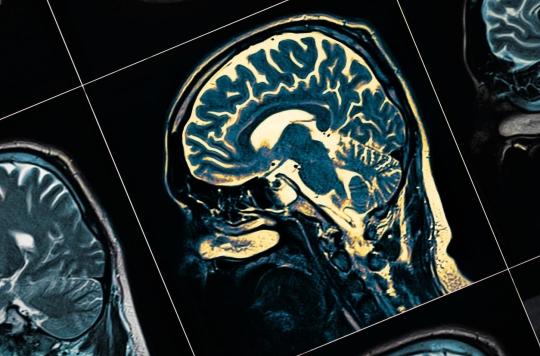 1.2 million people have Alzheimer’s disease in France, according to health insurance. This neurodegenerative pathology is the most common in France. For the moment, there is no curative treatment: the only ones proposed aim to slow down its evolution. But can we prevent the disease upstream?

The first factor favoring the onset of Alzheimer’s is age: nearly 15% of people over 80 are affected by this disease. There are also genetic and, to a lesser extent, hereditary causes. It is obviously difficult to influence these first risk factors. On the other hand, some are related to lifestyle.

Sport is thus one of our best allies against neurodegenerative diseases such as Alzheimer’s. Conversely, a sedentary lifestyle promotes its development. It is therefore recommended to stick to two or even three sports sessions per week and to take at least 10,000 steps per day. This helps to better maintain our cognitive abilities and protect our memory.

Go on a MIND diet

On the food side, it is best to avoid industrial products and eat a balanced diet. According to results of a study published in the journal Alzheimer’s & Dementia in 2015, the MIND diet would have reduced the risk of dementia for people who followed it rigorously by 53% and by 35% for those who followed it partially. This one is based on certain foods like nuts, green leafy vegetables, berries, legumes, etc. Other foods, on the other hand, are to be eliminated such as red meat, cheese, sweets…

Don’t drink too much alcohol and quit smoking

Other risk behaviors for our brain health: smoking and alcohol consumption. The ideal is to consume no more than 2 glasses of alcohol per day, not to drink alcohol at least 2 days per week and not to exceed more than 10 glasses per week, according to Public Health France. And for smokers, you have to start smoking cessation as soon as possible.

Chronic lack of sleep would also have an impact on the brain and, ultimately, could increase the risk of suffering from Alzheimer’s disease. Indeed, too short nights repeatedly promote the formation of amyloid plaques, substances that form around neurons and prevent them, among other things, from functioning properly. According to health insurance, an adult should sleep between seven and eight hours a night. And, if necessary, do not hesitate to take naps of about twenty minutes a day.