One study estimates that air pollution, especially low levels of PM2.5 fine particle concentration, could cause more than 1.5 million deaths each year. 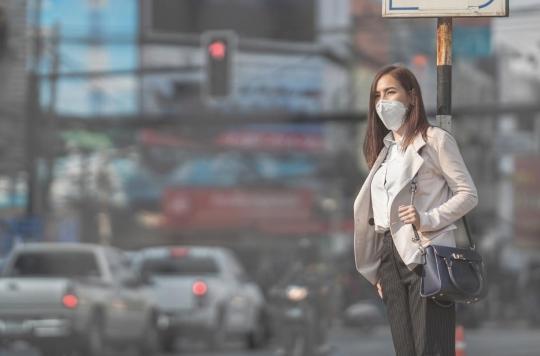 According the world health organization (WHO), 4.2 million people died prematurely worldwide in 2016 due to air pollution in cities and rural areas. But, according to a study published in the journal Science Advancesthis figure could be much higher because the researchers found that the risk of mortality increased even at very low levels of concentration of PM2.5 fine particles outside.

“We found that outdoor PM2.5 could be responsible for an additional 1.5 million deaths worldwide each year because it has effects at very low levels of concentrations, which had not been shown before.” explains Scott Weichenthal, one of the authors of the study, in a communicated.

In 2021, WHO has issued new guidelines. Now the recommended benchmarks – compared to those in the 2005 air quality guidelines – have been halved. Indeed, experts advise aiming for average annual concentrations of PM2.5 not exceeding 5 micrograms (µg) per m3 instead of 10 µg/m3 previously. The authors of this study have therefore just proved that these recommendations are more in line with the real impacts of outdoor air pollution than the previous ones.

To reach this conclusion, they studied the health data of seven million Canadians, over a period of 25 years. This country was chosen by the researchers because it has very low outdoor PM2.5 concentration levels and is therefore a very good place to study the health impacts of low PM2.5 concentrations.

“One takeaway is that the global health benefits of adhering to the new WHO guideline are likely far greater than previously thought.assures Scott Weichenthal. The next steps are to stop focusing only on particle mass and start looking more closely at particle composition, as some are likely more harmful than others. If we can better understand this, it would allow us to be much more effective in designing regulatory texts to improve the health of the population.”.

Last September, another study estimated that, each year, there were 250,000 deaths from lung cancer worldwide due to air pollution linked to fine particles PM2.5. In this work, the researchers estimated that exposure to pollutants multiplied the carcinogenic risk. “Our actions against climate change, which involve reducing pollution, are closely linked to our health”, indicated Professor Charles Swanton, main author of this study.

Pregnancy: air pollution would hinder the development of the baby

Smoking: here is the ideal age to quit smoking

Air pollution leads to weight gain and obesity in women

Doing this exercise every week could reduce your risk of dying