The first contraceptive implant for men

A male contraceptive implant has been developed by an American company and is performing well in a clinical trial. 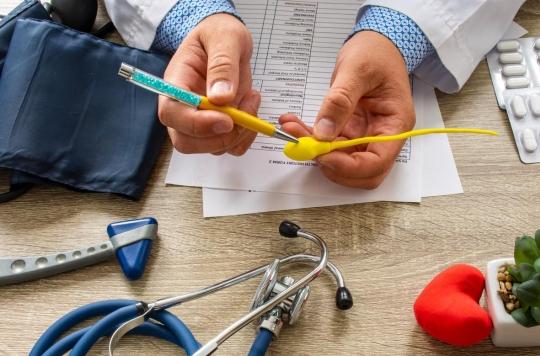 This is a first: an American company has developed a contraceptive implant for men. “This is an incredible milestone in the field of urology and reproductive health”, explains Nathan Lawrentschuk, director of urology in the department of urology at the Royal Melbourne Hospital and founder of the EJ Whitten Prostate Cancer Research Centre, in a communicated.

A contraceptive implant that blocks the passage of sperm

The device is a hydrogel-based implant that “obstructs the flow of semen through the vas deferens [qui relie les testicules à la prostate et permet le passage des spermatozoïdes] for a predefined period of time“.

As part of their clinical trial, the scientists placed this implant in four men. “The implant procedures went extremely well“says Nathan Lawrentschuk. The first results are encouraging.

Three methods of contraception in men

According to the High Authority for Health (HAS), there are currently three methods of contraception that can be used in men: the male condom, the vasectomy and withdrawal.

Vasectomy is a method of sterilization performed during an operation to cut the vas deferens. In France, 9,240 men used it in 2018i.e. five times more than in 2010 when there were only 1,880.

Regarding the withdrawal, the HAS warns that “considering his high failure ratethe possibility of an unplanned pregnancy must be acceptable, otherwise prefer another method”.

A temporary method of male contraception

Ultimately, this new implant could therefore be a temporary method of contraception. For the moment, the researchers have not been able to precisely determine the duration of action of the hydrogel or its rate of effectiveness.

“This first male contraceptive implant is a major clinical milestone that opens up new possibilities for men who want to take control of contraception“, explains Kevin Eisenfrats, co-founder and CEO of Contraline, the company that developed this implant.

For now, no release date has been announced. Other clinical trials will have to be carried out before it is put on the market.

Hormonal contraceptives: how they affect the brain of teenage girls

Cancer, a male taboo to the detriment of men’s health

Infected for 411 days by Covid, researchers finally manage to cure it

These two bad habits, more harmful for men than for women

Sexuality: between men and women, who has the most libido?

Do women have a better memory than men?