The State of New York, in the USA, has declared a state of emergency to encourage the population to be vaccinated against poliomyelitis and thus fight against the disease. 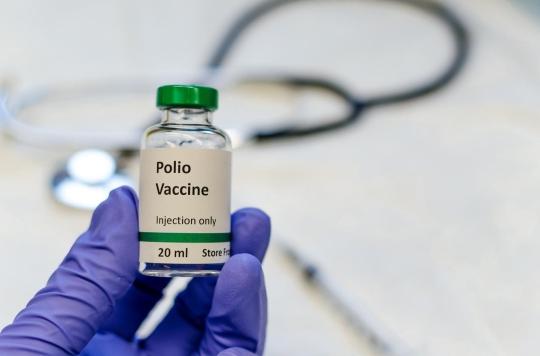 This Friday, September 9, Kathy Hochul, the governor of New York, declared a state of emergency against poliomyelitis – or polio -, according to the media. CNBC. The whole state is affected, including the city of New York. The goal is to encourage people to get vaccinated against this disease.

With this measure, new organizations or health professionals will be authorized to administer the vaccine against poliomyelitis. These include midwives, pharmacists or emergency services.

In some counties in New York State, the rate of vaccination against poliomyelitis is considered too low by the authorities. This is the case of Orange or Rockland, where it is respectively 58% and 60%.

It was in Rockland County that, in mid-July, a proven case of polio was recorded. The person affected was an unvaccinated young American who had not traveled abroad, suggesting that the disease was transmitted locally in the county. And the symptoms were very important: he was struck with paralysis.

The virus in sewage

This case was the first known infection in the United States in nearly a decade. According to CNBC, traces of the virus had been found in sewage samples from New York City and four counties in the state of the same name.

“I urge New Yorkers not to take any risks, explained New York State Health Commissioner Dr. Mary Bassett. Polio vaccination is safe and effective – protecting almost everyone against the disease who receives the recommended doses“.

According the Pasteur Institute, poliomyelitis is a highly contagious disease caused by the poliovirus which invades the nervous system and which can cause irreversible paralysis within a few hours. Without palliative measures, between 5 and 10% of paralyzed patients die of asphyxiation due to paralysis of the muscles that provide ventilation.

Residual paralysis is observed in patients who survive. The most severe cases can have very significant disabilities, including lifelong respiratory support.

Since the 1960s, vaccines have been effective and prevent suffering from this disease.

Maternal mortality: more than half of hospital deaths occur at times other than childbirth

The resurgence of poliomyelitis worries in the USA

In the United States, access to paid sick leave is linked to a lower death rate

Polio is circulating around the world again

Two cases of monkeypox detected in children in the USA

London: traces of a form of polio found in the waters

Abortion in the United States: 160 stars sign a full page in the New York Times