Meningitis: a 14-year-old schoolboy died in the Rhône 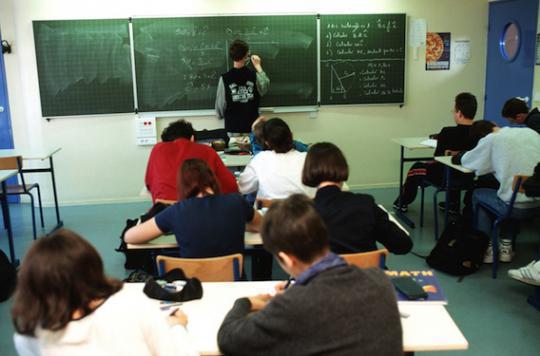 Meningitis again responsible for a tragedy. A 14-year-old boy died on Thursday following an invasive meningococcal group C infection. Schooled in a college in the town of Arbresle, in the Rhône, the young boy began to feel the symptoms during the day.

His case was quickly reported to the ARS Rhône-Alpes and the patient was hospitalized in emergency, but the doctors could not save him, and he died at the end of the day.

Meningitis is a disease that is transmitted by droplets of saliva, between individuals, in direct, close and prolonged contact. For this reason, all relatives of the boy have been identified. They have since received preventive antibiotic treatment.

This is not the first time this year that the Rhône-Alpes region has been affected by meningitis. In October 2015, two cases were reported in nursery schools, one in Arbresle already, the other in a neighboring town, Saint-Pierre-la-Palud.

One of the two children also had a group C meningococcal infection. A young student also died in Lyon on October 4, 2015, following type B meningococcal meningitis.

Faced with this tragedy, the ARS reaffirms the importance of vaccination, in order to fight effectively against the disease, preventive antibiotic treatments not replacing vaccines.

In accordance with the recommendations of the High Council for Public Health, issued since 2010, it therefore recommends vaccination against type C meningococci for all people aged 12 months to 24 years. The inhabitants of the municipalities concerned are invited to be vaccinated as a priority.

For this, the ARS is counting on the support of doctors, pharmacists but also of maternal and child protection in these small towns, to make parents aware of the importance of these vaccines.

Meningitis in a nutshell

It is a disease that attacks the meninges, an inflammation of these membranes that surround the brain and the spinal cord. Meningitis can have several origins: bacteria, viruses, or even parasites. It is transmitted through saliva. Viral meningitis is nine to ten times more common than bacterial meningitis, and often benign.

Fatal in 10% of cases, pathologies of bacterial origin can be caused by several types of bacteria: meningococci, pneumococci or haemophilius influence. The latter almost no longer exists in France, due to the effectiveness of the vaccine which is specific to it.

Today, vaccination is the most important element in the prevention of meningitis. Different types of vaccines have been developed. But since there is a wide variety of bacteria responsible for the disease, this complicates the development of vaccines capable of combating all types of meningitis.

Since 2010, the meningococcal C vaccine has not been compulsory, but it is recommended for all children at the age of 12 months, and reimbursed at 65%. Catch-up up to the age of 24 is then possible. However, vaccination coverage remains very insufficient, with only 60% of children and 5% of young adults being vaccinated against meningococci C.

Vaccination against type B meningococci is problematic because these bacteria are responsible for the majority of bacterial meningitis. Authorized on the market, the vaccines have not however been recommended in a generalized way in France, as for that of meningococci C.

AstraZeneca and Oxford suspend trials on their vaccine candidate

In Texas, the upper classes are the least serious about vaccinating their children

Coronavirus: several countries are working on a vaccine

Measles: Andrew Wakefield, the one who made the world believe there was a link between vaccine and autism

Flu vaccine, breast implants and diagnosis of multiple sclerosis Influenza: administration of the vaccine through the skin would be more effective Multiple sclerosis: 18% of patients receive the wrong diagnosis