The number of vasectomies performed in France has increased sharply over the past ten years. A method of contraception that is attracting more and more people. 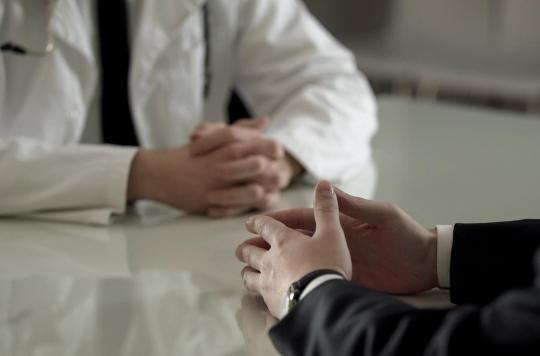 This is a method of contraception that men choose more and more: the vasectomy. In 2010, Health Insurance listed 1,908 acts reimbursed… While in 2021, there were 23,306 according to Health Insurance figures relayed by the media 20 minutes.

Vasectomy is a method of male sterilization that involves cutting the vas deferens that allow the passage of sperm from the testicles. Thus, when a man is operated on, he becomes sterile and therefore can no longer have children.

“Vasectomy has been multiplied by ten in ten years, the figures remain low because we start from very far away, but clearly things are exploding, explains Vincent Hupertan, urologist. In September 2016, I was performing three vasectomies a month, now I am at 35, at the maximum of my abilities”. Abroad, this practice is much more common than in France, especially in Anglo-Saxon countries and in Quebec, where one in three men over the age of 50 undergoes surgery.

In France, this method of contraception has been legalized by the law n° 2001-588 of July 4, 2001. “In the first years after legalization, demand was very low, due to prejudice in the population, lack of information and difficulties of access.explains Elodie Serna, doctor of history, author of the Operation vasectomy essay at 20 Minutes. Since 2011-2012, things have changed in part because of the “pill crisis”, which reacted to the uses of hormones. It was around the same time that groups remobilized on the subject of male contraception”.

No impact on desire or intercourse

Nevertheless, according to Antoine Faix, member of the French association of urology, there are still brakes in some men. “The first is the fear of pain, he explains. There also persist a whole host of taboos concerning virility, preconceived ideas about the potential consequences that the operation would have on erection or pleasure.”. However, vasectomy has no effect on physical appearance, nor does it affect the quality of erection or ejaculation. It also does not affect sexual desire, psychological and emotional behavior.

The surgery itself is quite quick, about ten minutes, performed under local anesthesia. After the operation, the patient may feel some pain – which will be relieved by treatment – or have bruises which will disappear after a few days. Often, doctors recommend avoiding physical exertion, shock and sexual intercourse for a week after the operation.

On the female side, the sterilization operation is called tubal ligation. According to Health Insurance figures, their number fell between 2010 and 2021, from 31,473 to 21,490.

Oral contraceptives: changes in mood are linked to the microbiota

Sexuality: teenagers, lovers and aware of the risks

Alzheimer’s disease: the French are afraid