A New Zealand study recently indicated that repeated fractures during childhood could put people at significant risk for multiple fractures in adulthood. 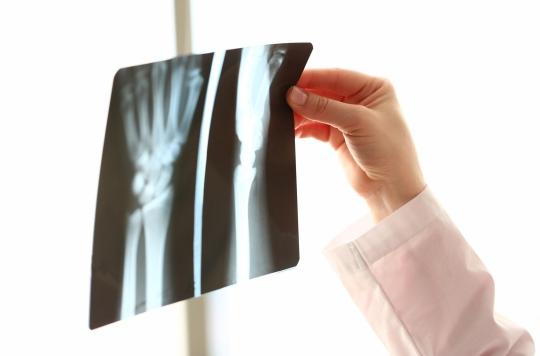 A fracture occurs when a bone is cracked or broken due to injury or overuse. In the majority of cases, a fracture affects the upper and lower limbs (arms and legs), but it can affect any bone in the body.

A study from the University of Otaga (New Zealand), however, observed that children who have suffered repeated fractures are more at risk of having them frequently in adulthood. The work was published in the scientific journal Osteoporosis International.

“15% of girls will suffer from multiple fractures” in adulthood

To reach this conclusion, the researchers looked at data from the Dunedin Multidisciplinary Health and Development Longitudinal Study which assessed the health and behavior of 1,000 people born between 1972 and 1973. Participants were interviewed throughout their lives on fractures occurring during childhood (between 0 and 18 years) and in adulthood (between 19 and 45 years). The objective was to establish a link between repeated fractures during childhood and the risk of fracture as well as bone density in adulthood.

According to the results, children who suffer more than one fracture during childhood have an increased risk of fracturing one or more bones in adulthood. “A quarter of boys and 15% of girls will suffer multiple fractures (two or more) and our results suggest that persistent skeletal fragility may manifest into early middle age”said Dr. Kim Meredith-Jones, lead author of the study.

Vitamin D, calcium: what are good habits to prevent fractures?

The study also demonstrated that the persistent risk of fractures is not related to other behavioral factors such as intensive sports practice, childhood abuse or being overweight.

“The childhood fracture rate was also lower in females (42%) than in males (54%), suggesting that the determinants of fractures may differ between genders (…) Now that we know , we can inform parents of children who regularly have fractures about the different ways to prevent persistent frailty of the skeleton with age”noted Doctor Kim Meredith-Jones.

Different habits can reduce the risk of fracture. The researchers notably recommended the practice of a physical activity, the regular consumption of calcium, proteins and vitamin D to strengthen the bones.