Dengue fever alert in France: 5 facts to understand the situation

Various health authorities have recently alerted to an increase in dengue fever cases in France. How can this upsurge be explained? What are the symptoms of this infectious disease? What are the recommendations for protection? 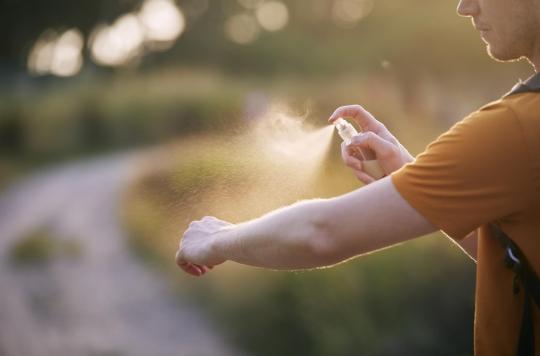 In 2022, France recorded an increase in dengue fever cases in mainland France. Since July, 47 indigenous cases, in other words people who have contracted the disease without having traveled to an endemic area in the fortnight preceding the onset of symptoms, have been identified.

What factors can explain the increase in dengue fever cases in France?

In the majority of cases, dengue is a disease transmitted by the bite of the Aedes aegypti Where Aedes albopictus (also called tiger mosquito). More rarely, this pathology is transmitted through a blood transfusion, an organ or cell transplant.

At present, 67 departments are affected by the invasion of tiger mosquitoes, which explains why these are not imported cases, but indigenous. Public health France alert in particular on the high densities of these parasites on the territory. Other factors may also explain the increase in contamination: the resumption of travel and the return of travelers from risk areas, as well as climatic conditions favorable to mosquito breeding with heat and rain.

“The summer we experienced, exceptional for its alternation of scorching heat and intense rainy episodes, particularly in the southern regions, led to a significant increase in the number of mosquitoes (…). Indeed, if their eggs have need water to complete their development process, they are nevertheless very resistant in the environment.In the event of drought, they can remain viable for up to several years, which allows them to survive while waiting for the conditions for their hatching become favorable again”explained Yannick Simonin, virologist, lecturer in surveillance and study of emerging diseases, at the University of Montpellier, to West France.

Public Health France also indicated that the spread of mosquito-borne infections is strongly associated with climate change (warming, heavy rains, drought, floods). These phenomena promote the spread of these insects. “Globalization with the importance of trade and human exchanges across the globe, deforestation and urbanization are factors that strongly contribute to the multiplication of diseases transmitted by mosquitoes”underlined the organization.

What is dengue fever?

Also called “tropical flu”, dengue fever is an infectious disease caused by an arbovirus which is mainly transmitted by the tiger mosquito. Unlike the “classic” mosquito, this parasite is silent and bites at daybreak or dusk. In addition to dengue fever, it can be a vector of two other conditions: chikungunya and zika.

“Since its first detection on our territory, in 2004 in Menton, this small black mosquito with a body and legs striped with white native to Southeast Asia and the Indian Ocean has not stopped increasing its range. of French distribution. In less than twenty years, it has invaded 67 out of 96 metropolitan departments (compared to only 58 in 2020!). Its spread throughout the territory is inexorable”, underlined Yannick Simonin. Originally, dengue fever was only present in tropical and subtropical areas, but this is no longer the case.

Dengue fever: what are the symptoms of this infectious pathology?

There are two kinds of dengue fever: classic and hemorrhagic. In the first case, the disease is characterized by high fever, headache, nausea, vomiting, joint and muscle pain, and a measles-like rash. These signs occur suddenly after two to seven days of incubation. A brief remission is observed in the patient three to four days after the onset of the first manifestations, but this period is short-lived. The symptoms then intensify. The patient may then suffer from nosebleeds, conjunctival hemorrhages or bruises.

Dengue hemorrhagic fever is an acute and severe form of the disease. It affects 1% of dengue fever cases worldwide. It can cause serious complications such as persistent fever, multiple hemorrhages (gastrointestinal, cutaneous and cerebral). “In children under the age of fifteen in particular, a state of hypovolemic shock can however set in (cooling, clammy skin and imperceptible pulse signaling a circulatory failure), cause abdominal pain, and, without perfusion, cause death. “has indicated the Pasteur Institute.

Is there a dengue fever vaccine?

In 2015, Dengavaxia from the Sanofi Pasteur laboratory was the first dengue vaccine to be approved. This serum is authorized in about twenty countries. However, it is only intended for people between the ages of 9 and 45 living in endemic areas. To qualify, they must have been infected with the dengue virus for the first time.

Dengue fever: how to protect yourself from this pathology?

Several preventive measures can reduce the risk of contamination by a mosquito Aedes albopictus. When traveling to an endemic area, you can protect yourself with covering clothing and regularly use repellents to spray on your skin. In your bedroom, you can also surround your bed with a mosquito net to prevent bites early in the morning or at dusk.

The tiger mosquito is also very present in urban areas and it appreciates damp places such as vases, buckets, cans or even gutters. It usually settles there to lay its eggs.

To avoid its installation in these wet areas, you can store garden equipment, buckets, watering cans and other containers under cover after emptying them. Another recommendation: remove stagnant water under the cups of flowerpots or vases and change the water for the flowers regularly.

It is also recommended to tightly tarp or cover with a mosquito net the water reserves such as water collection containers or untreated swimming pools.

Tuberculosis: several cases in a high school in Roubaix, what signs should alert?

Dengue fever: a vaccine available in 2015

Alzheimer’s disease: the French are afraid

Tropical disease: an indigenous case of arbovirus confirmed after a mosquito bite