Convulsions and epileptic seizures, new side effects of Covid-19

After a Covid-19 infection, some patients could suffer from convulsions or epileptic seizures… New side effects that would develop up to six months after the illness. 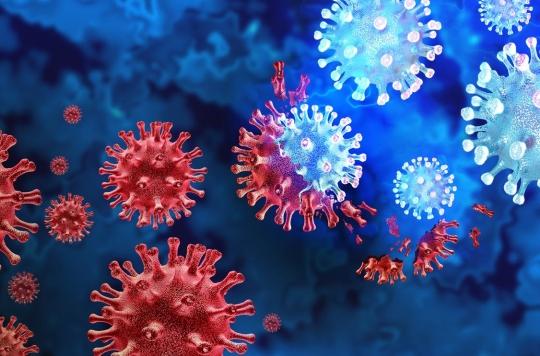 37,177 people have tested positive for Covid-19 for the first time in more than 60 days in the past 24 hours, according to data from Public health France to November 18. Among them, some could have side effects several months after this infection such as fatigue or difficulty breathing.

Convulsions and seizures after Covid-19 infection

According to a new study published in the journal neurology, there are new side effects to Covid-19: epileptic seizures and convulsions. Indeed, patients infected with the virus are more likely to suffer from it up to six months after the disease.

L’World Health Organization (WHO) defines epilepsy as a chronic brain disorder that affects 50 million people worldwide. This disease is characterized by recurrent seizures (epileptic seizures) which result in involuntary tremors affecting a part of the body (partial seizures) or the whole body (generalized seizures). These happen for no particular reason.

Seizures, according to MSD-Manualare “abnormal unregulated electrical discharges from nerve cells in the brain or part of the brain”. They are characterized by violent, involuntary muscle twitches and/or stiffening involving a large part of the body.

Side effects of Covid-19 that affect children more

During their study, the researchers studied the health data of more than 150,000 people infected with influenza and Covid-19. Among them, none had suffered from epileptic seizures or convulsions before.

In detail, the results obtained show that people with Covid-19 were 55% more at risk of developing epilepsy or seizures up to six months after infection, compared to patients who had had the flu. . But the researchers reassure: the risk of suffering from this side effect remains low, less than 1% in patients who have been infected with the coronavirus.

According to scientists, these risks of epileptic seizures and convulsions would be greater in children than in adults and those who have not been hospitalized due to Covid-19. Thus, they appeal, through their study, for health professionals to pay attention to these potential side effects during their post-Covid follow-up.

Bronchiolitis: could “immune debt” be responsible for the epidemic?

No, the state does not want to vaccinate babies against the flu and Covid

Covid-19: this genetic mutation increases the risk of a serious form

Epilepsy: at 4 years old, he saves his mother in the midst of a crisis

Heart disease: how a Covid protein damages the heart