Citroën and DS. All the cars of the French Presidents 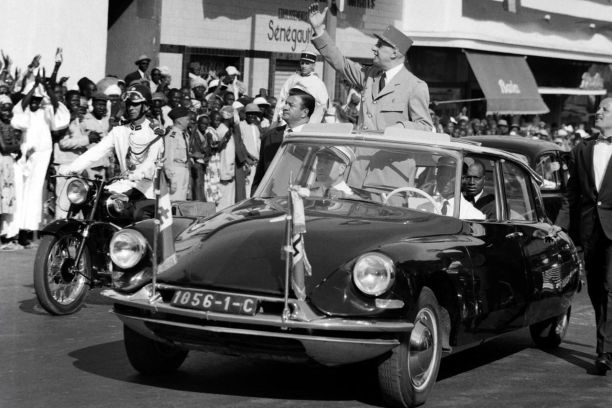 De Gaulle made the DS 19, his favorite car: he has used it since coming to power in 1958 in all his official and private trips.

Citroëns, and now DS, have a special place in the courtyard of the Elysée Palace and in the hearts of French presidents. From Charles de Gaulle to Emmanuel Macron, from Georges Pompidou to Jacques Chirac, rediscover the models (DS, SM, DS5 …) who have accompanied our heads of state throughout their mandates.

[Mis à jour le 12/11/2021] When it comes to transporting the president, we don’t mess around with the chosen vehicle! It is generally, if it exists, a national automobile make. In the United States, the tenant of the White House alternates between Lincoln and Cadillac. In France, the rule is the same. The vehicles selected represent the flagship of the French automotive industry. Thus, our heads of state have in turn tested the benches of the Renault, Simca, Peugeot, Citroën, and now DS models..
<<< All the official Citroëns of the French Presidents in pictures >>>

Citroën, the most “presidential” brand

The chevron brand is undoubtedly the favorite of our presidents! Since 1955, no less than nine Citroëns, and one model of the new DS brand, have played “ official carriers “. Among the most legendary models used, let us quote: the Traction Avant by René Coty or the DS 19 which allowed de Charles de Gaulle to escape two attacks, including that of the Petit Clamart. Another striking model, the Citroën DS21 of 6.53m or the SM with 4 openable doors bodied by Chapron. They will be used from 1971 to 1995 seeing passing on board Georges Pompidou, Valery Giscard d’Estaing or Jacques Chirac. In 2005, the Citroën C6 made its debut in the courtyard of the Elysée. It will notably be the ally of Nicolas Sarkozy’s travels.
TO HAVE. How are the presidents of the Fifth French Republic doing?

François Hollande also uses it, but he prefers the DS5, still badged Citroën at the time. DS then emancipated itself to become a brand in its own right and offer its own vehicles including the DS7 Crossback. Its all 1er SUV is not even marketed that it offers itself a choice exhibition by transporting Emmanuel Macron, during his inauguration in 2017. It will then make a comeback on the front of the stage on November 11, 2021, this time offering a plug-in hybrid engine of 300 hp, an extended wheelbase of 20 cm and full armor. On the other hand, not sure that we will see a sedan again anytime soon on the steps of the Elysee. If the DS 9 could have fulfilled this role, it is indeed assembled … in China. What would not fail to make people talk about a presidential car which must symbolize luxury and French know-how!
TO READ. The DS9 versus the Citroën DS21 Pallas: the worthy heir?

Covid-19: the departments where the number of new cases is exploding

Great Resignation: how do the French find the balance between private and professional life?